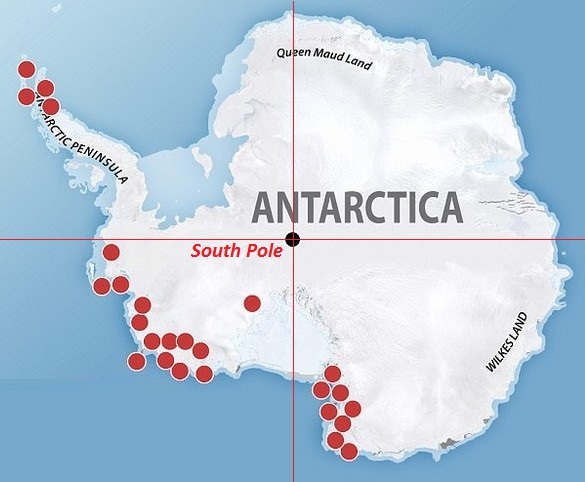 Scientists at Edinburgh University found 91 volcanoes in west Antarctica, make them 138 in total on the ice covered continent. Their peaks varied in height from 100 to 3,850 meters.

In their study they also warned of potentially crucial consequences for the planet.

We identified 138 volcanoes, 91 of which have not previously been identified, and which are widely distributed throughout the deep basins of West Antarctica, but are especially concentrated and orientated along the >3000 km central axis of the West Antarctic Rift System.

Robert Bingham, one of the paper’s author’s, said in the Guardian:

“The big question is: how active are these volcanoes? That is something we need to determine as quickly as possible. Anything that causes the melting of ice – which an eruption certainly would – is likely to speed up the flow of ice into the sea.”