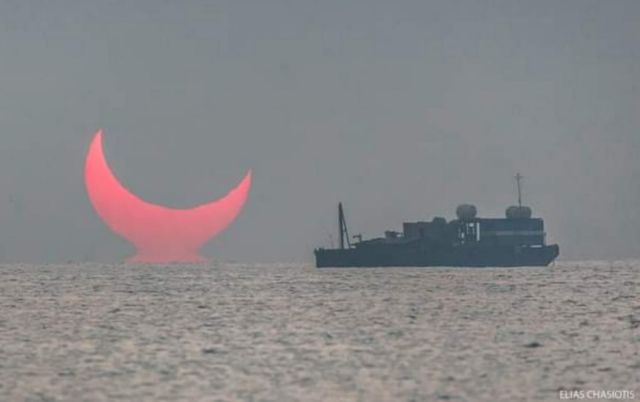 Here, after initial cloudiness, the Sun appeared to rise in two pieces and during partial eclipse, causing the photographer to describe it as the most stunning sunrise of his life.

The dark circle near the top of the atmospherically-reddened Sun is the Moon — but so is the dark peak just below it. This is because along the way, the Earth’s atmosphere had an inversion layer of unusually warm air which acted like a gigantic lens and created a second image. 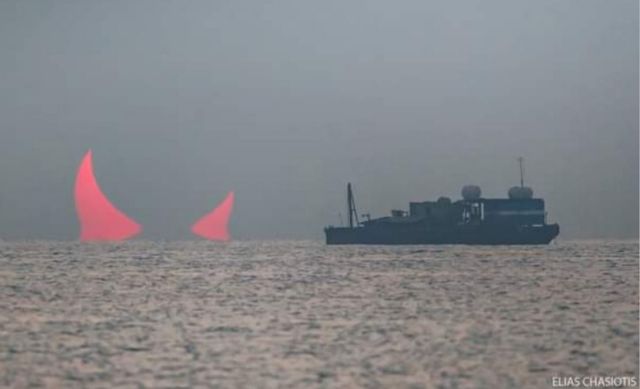 For a normal sunrise or sunset, this rare phenomenon of atmospheric optics is known as the Etruscan vase effect.

The featured picture was captured in December 2019 from Al Wakrah, Qatar. Some observers in a narrow band of Earth to the east were able to see a full annular solar eclipse — where the Moon appears completely surrounded by the background Sun in a ring of fire.

The next solar eclipse, also an annular eclipse for well-placed observers, will occur later this week on June 10. 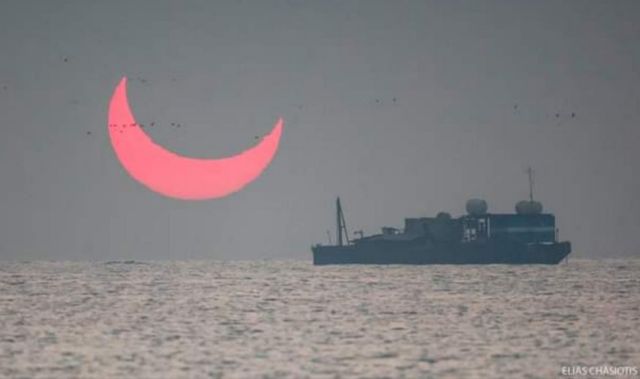