Razvan Sabie and Iosif Taposu that unveiled the All-Directional Flying Object (ADIFO) in March, after more than two decades of engineering work, just released a video showing the saucer in flight,

ADIFO is the first flying VTOL aircraft in the world able to fly in all directions, under the same aerodynamics characteristics. 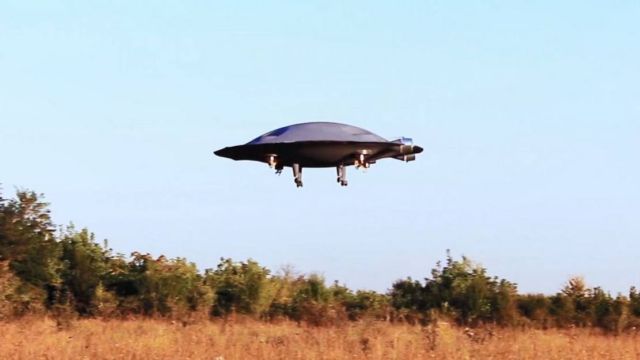 Let’s say that is the first “flying saucer” in the world which really flies and it’s designed to reach in the near future more and more high performances, pretty close to the performances described in the popular culture related to such kind of aircraft.

“The aerodynamics behind this aircraft is the result of more than two decades of work, and is very well reasoned in hundreds of pages and confirmed by computer simulations and wind tunnel tests.”