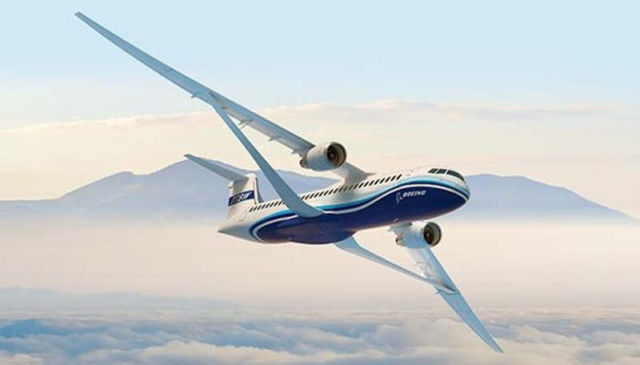 Boeing in collaboration with NASA, is studying the Transonic Truss-Braced Wing concept, designed to be more aerodynamic and fuel efficient, as part of the Subsonic Ultra Green Aircraft Research program.

The new configuration is designed to offer unprecedented aerodynamic efficiency while flying at Mach 0.80.

From end-to-end, the folding wings measure 170 feet. The high wingspan is made possible by the presence of a truss, which supports the extended length of the ultra-thin wing.

Originally, the TTBW was designed to fly at speeds of Mach 0.70 – 0.75. To increase the aircraft’s cruise speed, the new concept now has an optimized truss and a modified wing sweep. By adjusting the wing sweep angle, the truss can carry lift more efficiently. The end result was a more integrated design that significantly improved vehicle performance.

The new changes follow extensive wind tunnel testing at NASA Ames Research Center. For nearly a decade, Boeing and NASA have been studying the concept as part of the Subsonic Ultra Green Aircraft Research (SUGAR) program. The research focuses on innovative concepts that reduce noise and emissions while enhancing performance.