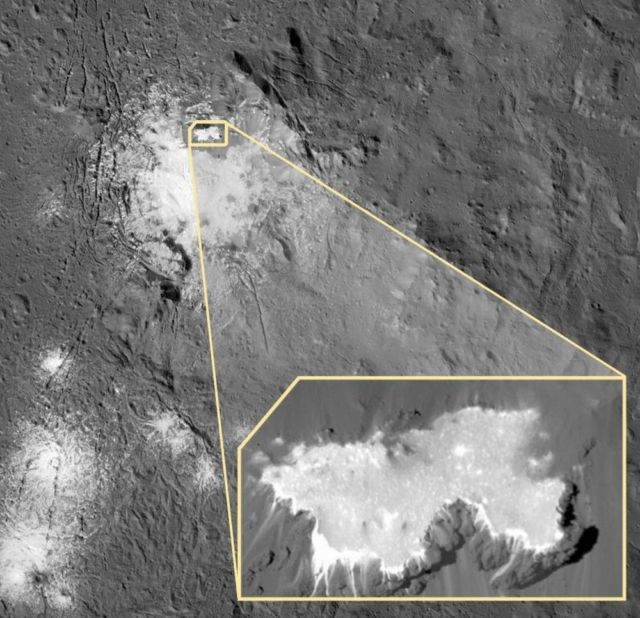 NASA’s Dawn spacecraft reached its lowest-ever and final orbit around dwarf planet Ceres on June 6 and has been returning thousands of stunning images and other data.

The flight team maneuvered the spacecraft into an orbit that dives 22 miles (35 kilometers) above the surface of Ceres and viewed Occator Crater, site of the famous bright deposits, and other intriguing regions. In more than three years of orbiting Ceres, Dawn’s lowest altitude before this month was 240 miles (385 kilometers), so the data from this current orbit bring the dwarf planet into much sharper focus.

Above, a close-up of Ceres bright spot. The Dawn spacecraft acquired this high-resolution view of a sodium carbonate (salt) deposit on Cerealia Facula in Occator Crater on Ceres on June 22, 2018.  Image credit NASA/JPL-Caltech/UCLA/MPS/DLR/IDA/Jason Major.

These low orbits have revealed unprecedented details of the relationships between bright and dark materials in the region of Vinalia Faculae. Dawn’s visible and infrared mapping spectrometer had previously found the bright deposits to be made of sodium carbonate, a material commonly found in evaporite deposits on Earth. Last week Dawn fired its ion engine, possibly for the final time, to fly nearer Cerealia Facula, the large deposit of sodium carbonate in the center of Occator Crater. 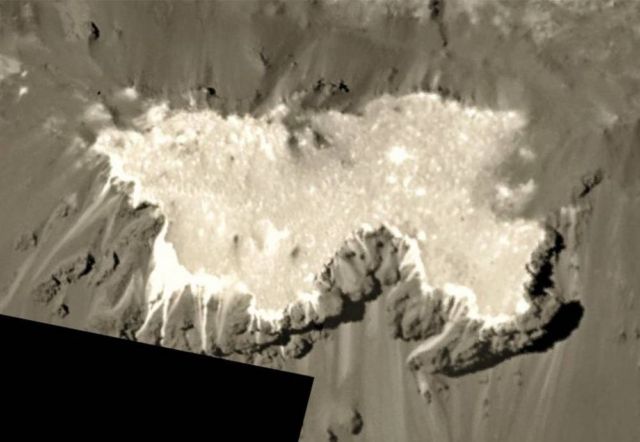 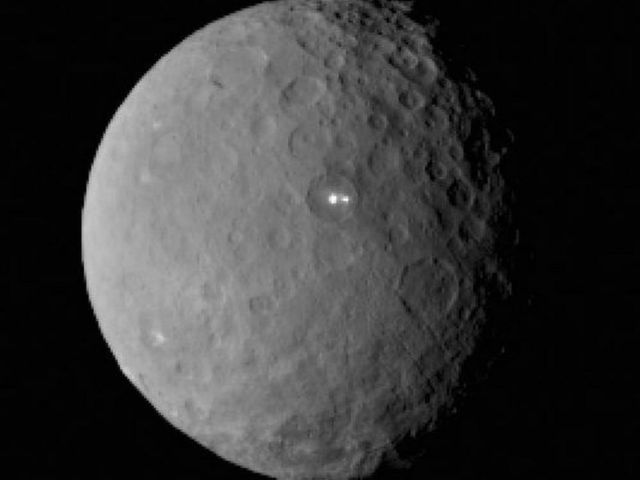