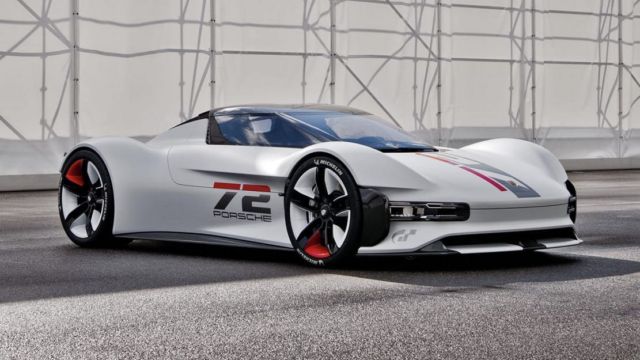 The Porsche Vision Gran Turismo is Porsche’s first concept study created specifically for use in a computer game.

It will be available exclusively in Gran Turismo 7, which will be released on 4 March 2022 for PlayStation 4 and PlayStation 5. 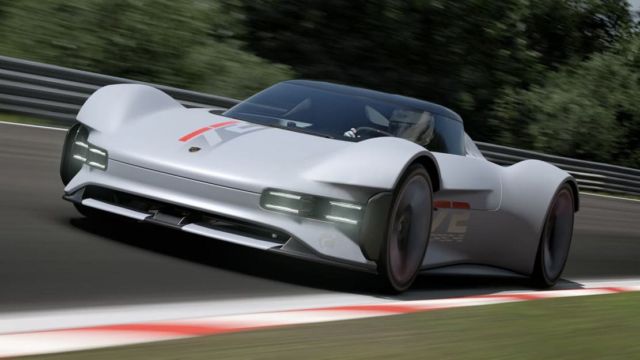 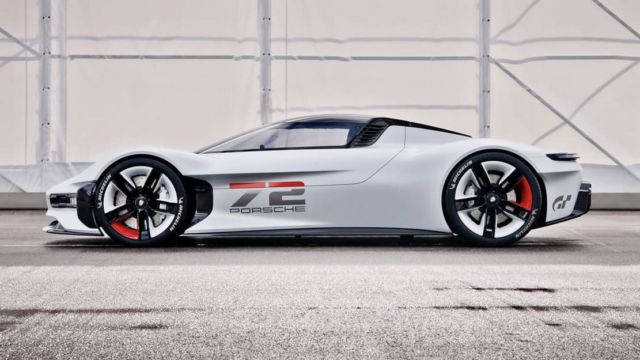 The lights in the particularly purist front and the integrated air intakes create a visual link to the design language of the Taycan – a nod to the car’s purely electric drive. 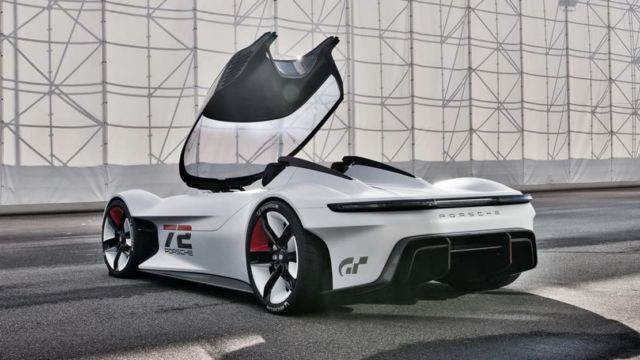 The rear is adorned with a markedly narrow light strip – a further development of the light signature that is familiar from the 911 and Taycan models. The clear emphasis of the brand identity continues in the interior, with the curved hologram display, tailored to the driver, which appears to float above the steering wheel. 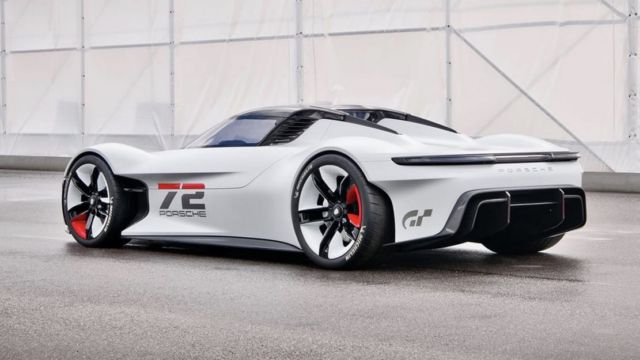 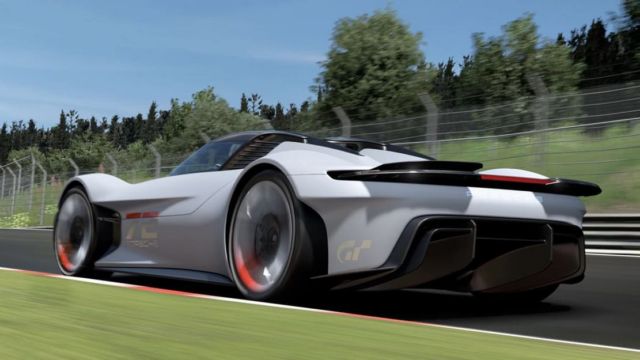 “We spent a long time considering the right material design consisting of carbon and titanium. The aim was to reduce weight while increasing performance. In addition, sustainable aspects also play a role in forward-looking projects. For example, we only used entirely vegan materials in the concept car.” 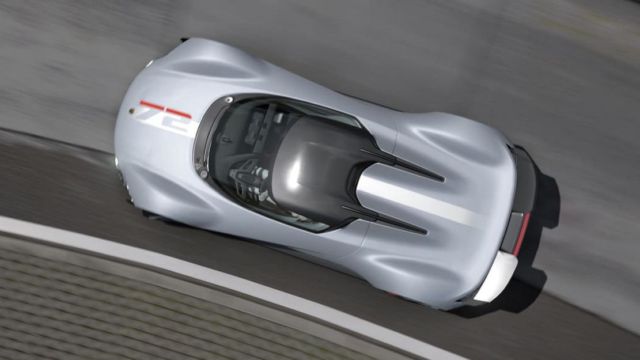 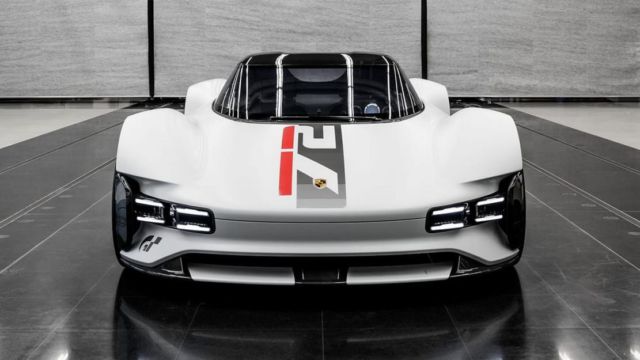 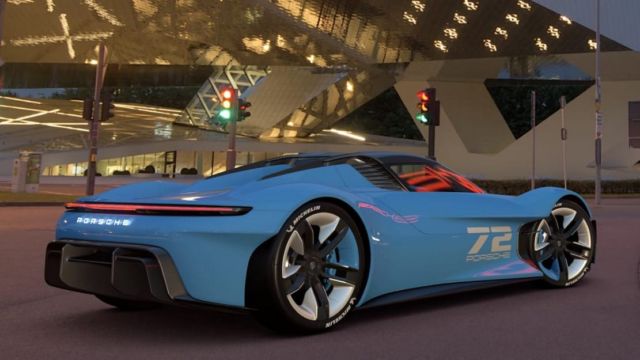 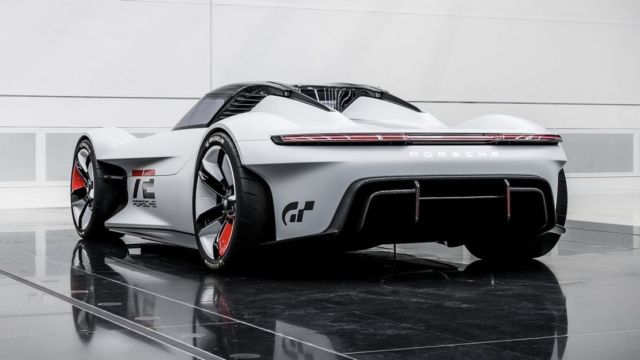 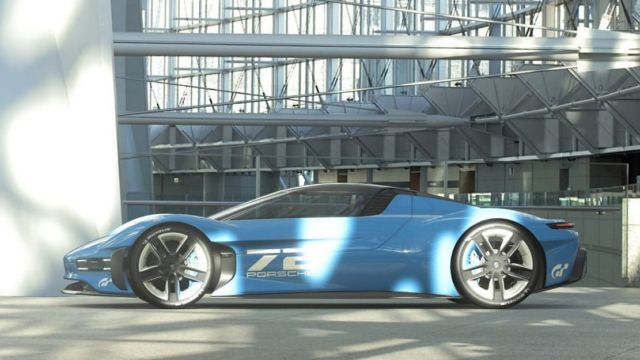 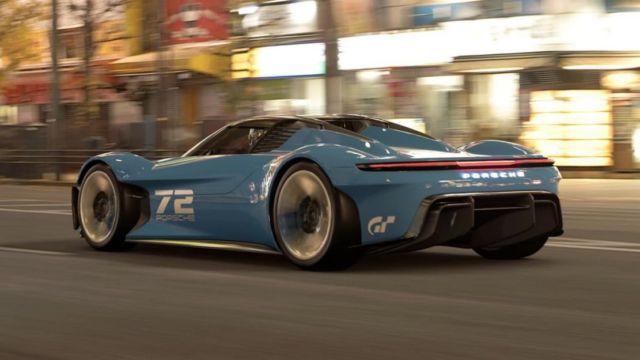 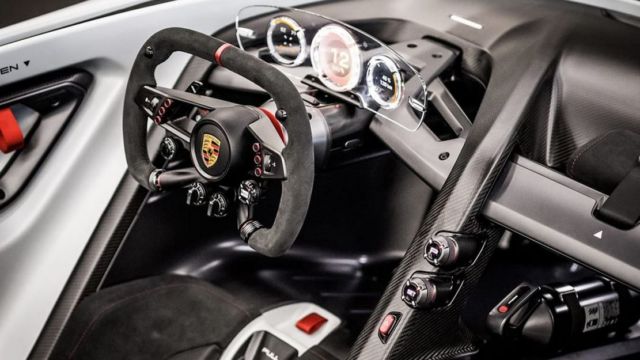 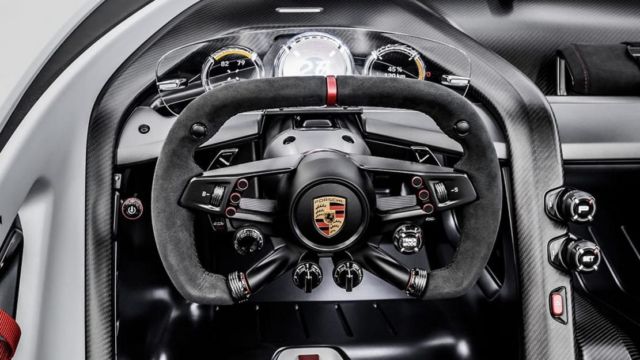 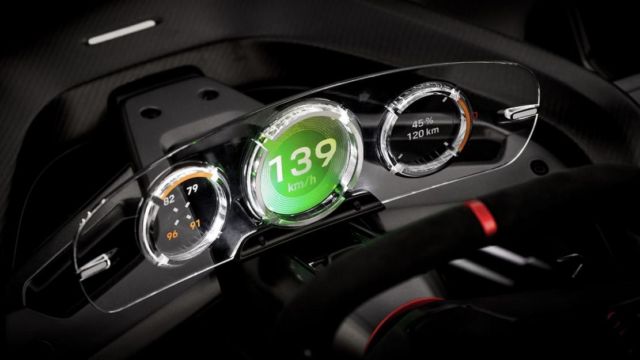