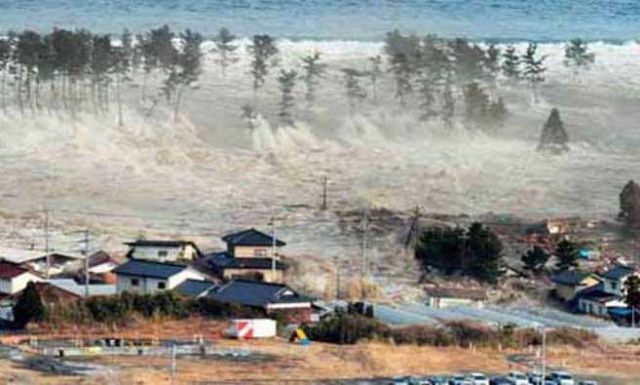 A scientist claims that he found a way to stop catastrophic tsunamis.

Tsunamis, mainly caused by earthquakes, when they hit land, are capable of devastating vast coastal areas.

Usama Kadri a postdoc in MIT’s Department of Mechanical Engineering, thinks acoustic-gravity waves (AGWs) could be the solution against them.

According to the new study, these immense deep-ocean waves can rapidly transport millions of cubic meters of water, carrying salts, carbons, and other nutrients around the globe in a matter of hours.

Usama Kadri, tracked the theoretical movement of fluid caught up in an acoustic-gravity wave at various depths in the ocean, ranging from hundreds to thousands of meters below the surface.

“Deep-water transport is so vital — not only to local marine ecosystems, but to our global ecosystem and environment — that a cut in such transport will ultimately result in the death of marine life, create regions of extreme water temperatures, and dramatically affect our climate. To sustain a healthier global ecosystem and environment, there is a need to increase awareness of acoustic-gravity waves and deep-water transport.”