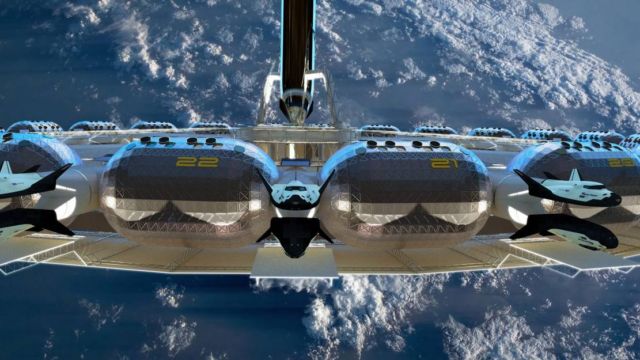 A space hotel architect said that “visiting space will be just like going on a cruise.”

Designed with the aim of making visiting space accessible to everyone, the Gateway Foundation‘s Von Braun Space Station, is the world’s first space hotel.

Tim Alatorre, senior design architect of the Von Braun Space Station, explains that “the first commercial space hotel will be more like a cruise ship than Stanley Kubrick’s sleek space station from 2001.” 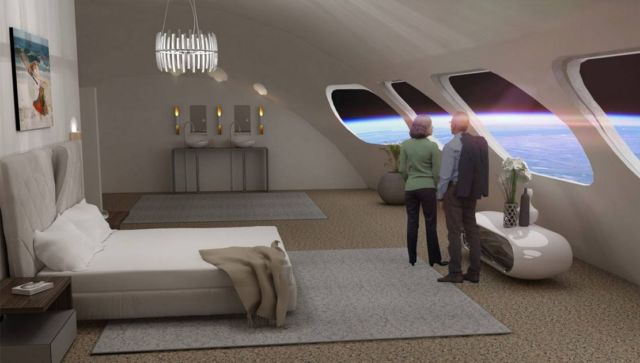 Von Braun Rotating Space Station will have gravity, kitchens, bars, and interiors made with natural materials. This will likely be the first commercial space construction project in history.

The Von Braun Station will be a rotating space station designed to produce varying levels of artificial gravity by increasing or decreasing the rate of rotation. The station will be designed from the start to accommodate both national space agencies conducting low gravity research and space tourists who want to experience life on a large space station with the comfort of low gravity and the feel of a nice hotel. 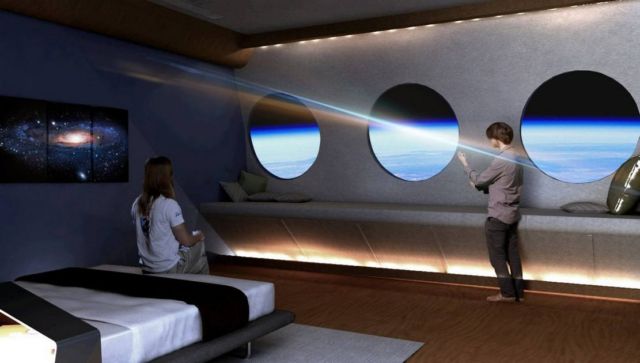 The Von Braun space station structure will consist of two concentric structural rings fixed together with a set of spokes supporting a Habitation Ring made-up of large modules:

An un-pressurized ring structure with docking arms and stabilizers designed to capture and lock in place a visiting spacecraft to unload passengers and cargo. At first there will be one docking port, but later we will add another so that two craft can be docked to the station at the same time. 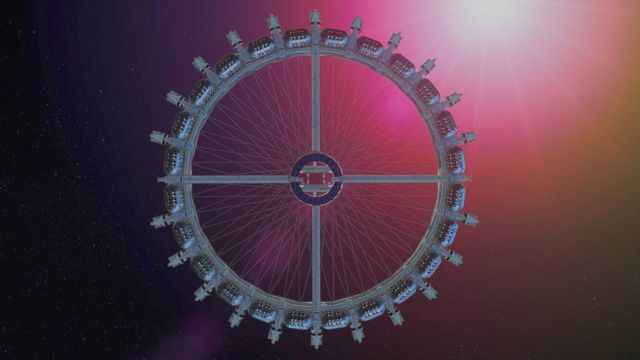 All passenger and cargo access to the station will be through a set of pressurized access tubes connecting the Docking Hub to the Outer Ring Truss.

Below the Outer Ring Truss are a series of large, connected, pressurized modules. This is called the Habitation Ring.

Modules will come in a variety of configurations including: