“Between destinations there are two ways to commute in the present scenario. Passengers who doesn’t want to walk or take a taxi or to save time will  will prefer to chose their personal mobility over public transport.” 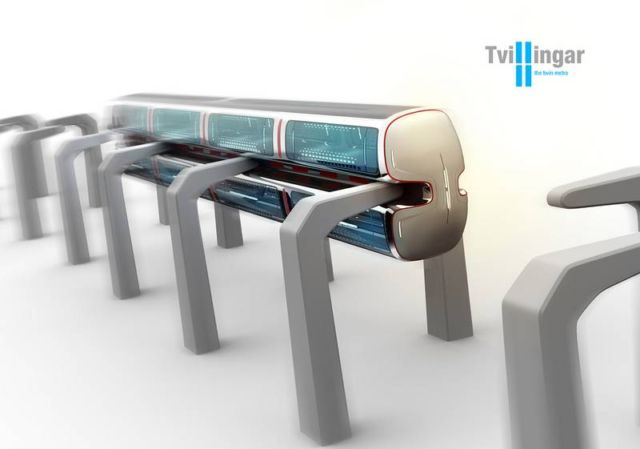 In the future these personal mobility will become more smart and compact. There will be a large percentage of population using such modes of transportation to commute in the modern cities. So people will tend to stick to them for commuting. The thought behind the idea was on how to make the people chose the public transport. 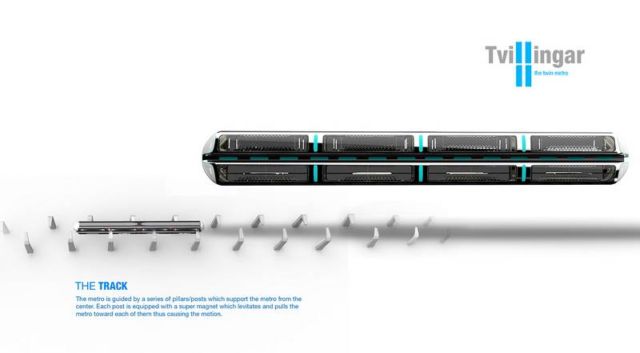 The metro is guided through a series of pillars which is also the track . These pillars support the metro from its center, thus there a long grove in the middle of the metro. Each of the pillar is equipped with a super magnet which pulls the metro towards it.