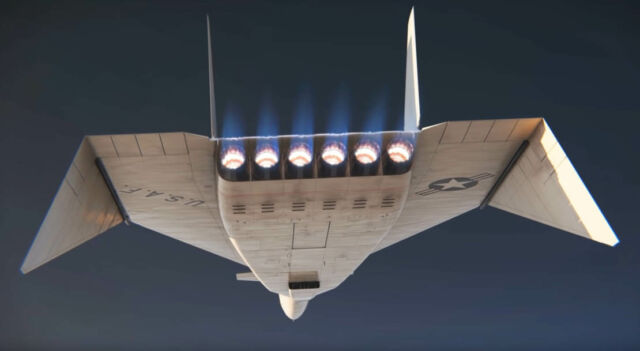 This is the story of the world’s fastest bomber: The XB-70 Valkyrie.

By the mid-1950’s, the United States had developed a state-of-the-art, all jet-powered bomber force. The newly introduced Boeing B-52 Stratofortesss could reach the Soviet Union from just about anywhere in the world.

In 1957, the Air Force outlined their specifications for an aircraft that would cruise at Mach 3, up to an altitude of 75,000 feet. It was expected to offer a similar payload and range to the B-52. Boeing and North American Aviation both submitted design concepts, but North American’s proposal was selected for development. A key principle in North American’s design was compression lift, which would significantly improve the aircraft’s lift to drag ratio when flying at high supersonic speeds. The new bomber would be designed as the B-70 (XB-70 in experimental prototype form) and named the Valkyrie.