Home/Posts/TECHNOLOGY/Aviation/115 Years of Flight
Previous Next 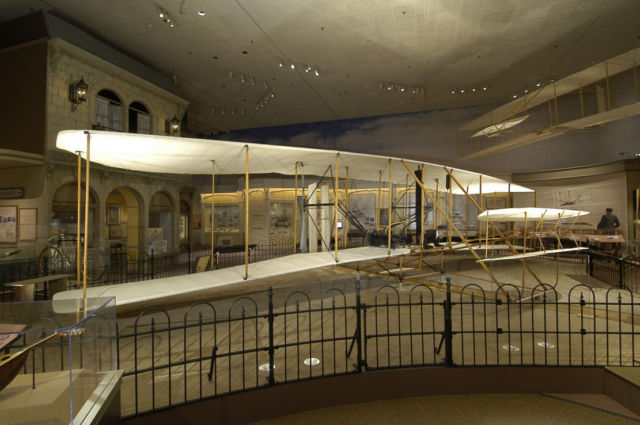 115 years ago on December 17, 1903, Orville and Wilbur Wright achieved what many thought impossible—flight by a powered heavier-than-air aircraft.

For most of human history, we mere mortals have dreamed of taking to the skies—from the myth of Icarus, to kites in China, to the development of hydrogen-filled balloons in the 8th century, to early experiments with gliders in the 19th.

Since the Wright Brothers’ flight into history, the science of aeronautics has helped humanity reach the stars, or at least the Moon. In July 1969, not quite 66 years after the Wrights’ historic venture, Neil Armstrong and Buzz Aldrin stepped off the Apollo 11 lunar module onto the Moon’s surface and into history.

This image is of the Wright Brothers’ 1903 Flyer, which is on display at the National Air & Space Museum in Washington, DC.