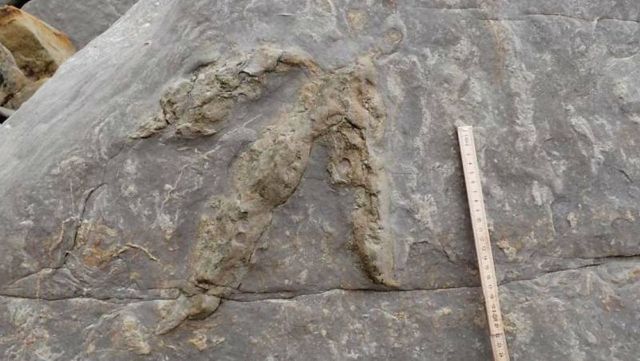 More than 85 well-preserved dinosaur footprints – made by at least seven different species – have been uncovered in East Sussex.

The dinosaur footprints representing the most diverse and detailed collection of these trace fossils from the Cretaceous Period found in the UK to date.

Above, a print left by a two-legged carnivore.  Image credit Neil Davies

The footprints were identified by University of Cambridge researchers between 2014 and 2018, following periods of coastal erosion along the cliffs near Hastings. Many of the footprints – which range in size from less than 2 cm to over 60 cm across – are so well-preserved that fine detail of skin, scales and claws is easily visible.

The footprints date from the Lower Cretaceous epoch, between 145 and 100 million years ago, with prints from herbivores including Iguanodon, Ankylosaurus, a species of stegosaur, and possible examples from the sauropod group (which included Diplodocus and Brontosaurus); as well as meat-eating theropods. 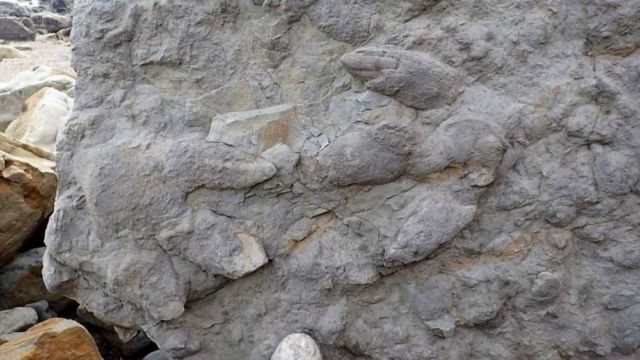 The results are reported in the journal Palaeogeography, Palaeoclimatology, Palaeoecology.