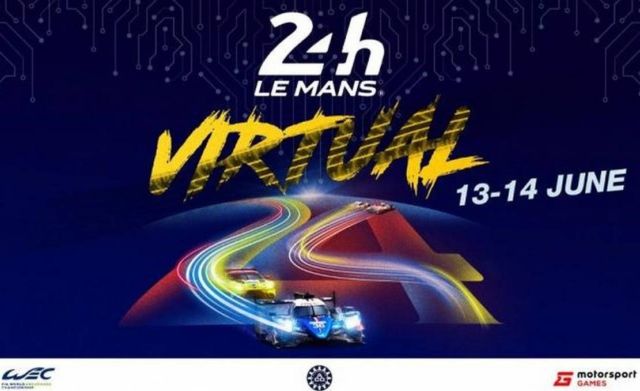 A virtual race will replace the 24 Hours of Le Mans. Professional racing drivers and esports specialists will settle into their simulator seats on 13/14th June to compete in the biggest esports endurance race ever seen.

The real prototypes and GTEs will take to the track on 19/20th September for the 88th edition of the world’s greatest endurance race.

The 24 Hours of Le Mans Virtual, organised by the ACO, FIA WEC and Motorsport Games, will open a new era in sim racing. For the first time, teams made up of a combination of professional racing drivers and esports champions will challenge each other on the famous 24 Hours of Le Mans circuit, for 24 hours. It will be the most extreme test seen in the virtual world and it will be broadcast live on TV across the globe.

The principle is simple:

Team composition: Teams will be composed of 4 drivers: each line up must consist of at least two professional drivers and a maximum of 2 sim racers

The gaming platform to be used is rFactor 2

The grid will consist of a maximum of 50 cars

The cars to be used: LMP2 and GTE. The teams involved are free to create their own car livery.
Racing conditions: variable weather conditions; dynamic day and night racing; damaged cars can be repaired in the pits; teams will work to create their own set ups to optimise performance. Refuelling and tyre changes are essential criteria. Strategy will be at the heart of the race. A Race Director will ensure sporting behaviour throughout the event.

The graphics, production and imagery will be very high quality. Race commentators and pit reporters will be live from a TV studio in Paris and VIP guests will visit them during the race. This unique race, which will bring together the best drivers in the world and sim racing’s elite gamers will be broadcast widely on multiple audio-visual platforms around the world.

The start of the 24 Hours of Le Mans Virtual will be given on 13th June at 3 pm (French time).
It’s anything but a game…it’s a real race!