7 Earth-sized planets have been discovered

7 Earth-sized planets have been discovered 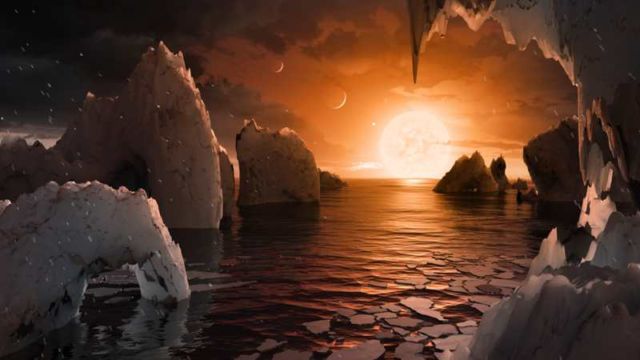 7 Earth-sized planets have been discovered in a Star system 40 lights-years away.

NASA unveiled a solar system with 7 Earth-like planets, similar in size and density to our own, the best possibility to harbor alien life.

Above, this illustration shows the possible surface of TRAPPIST-1f, one of the newly discovered exoplanets in the TRAPPIST-1 system. Scientists using the Spitzer Space Telescope and ground-based telescopes have discovered that there are seven Earth-size planets in the system.   Credits: NASA/JPL-Caltech

The seven Earth-sized planets have been observed by NASA’s Spitzer Space Telescope around a tiny, nearby, ultra-cool dwarf star called TRAPPIST-1.

Three of these exoplanets are firmly in the habitable zone.

Over 21 days, NASA’s Spitzer Space Telescope measured the drop in light as each planet passed in front of the star. Spitzer was able to identify a total of seven rocky worlds, including three in the habitable zone, where liquid water might be found. 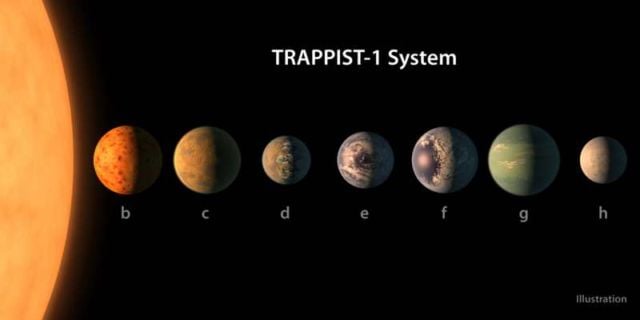 This artist’s concept shows what each of the TRAPPIST-1 planets may look like, based on available data about their sizes, masses and orbital distances.  Credits: NASA/JPL-Caltech

The system has been revealed through observations from NASA’s Spitzer Space Telescope and the ground-based TRAPPIST (TRAnsiting Planets and PlanetesImals Small Telescope) telescope, as well as other ground-based observatories. The system was named for the TRAPPIST telescope.

This 360-degree panorama depicts the surface of a newly detected planet, TRAPPIST 1-d, part of a seven planet system some 40 light years away. Explore this artist’s rendering of an alien world by moving the view using your mouse or your mobile device.  Credits: NASA 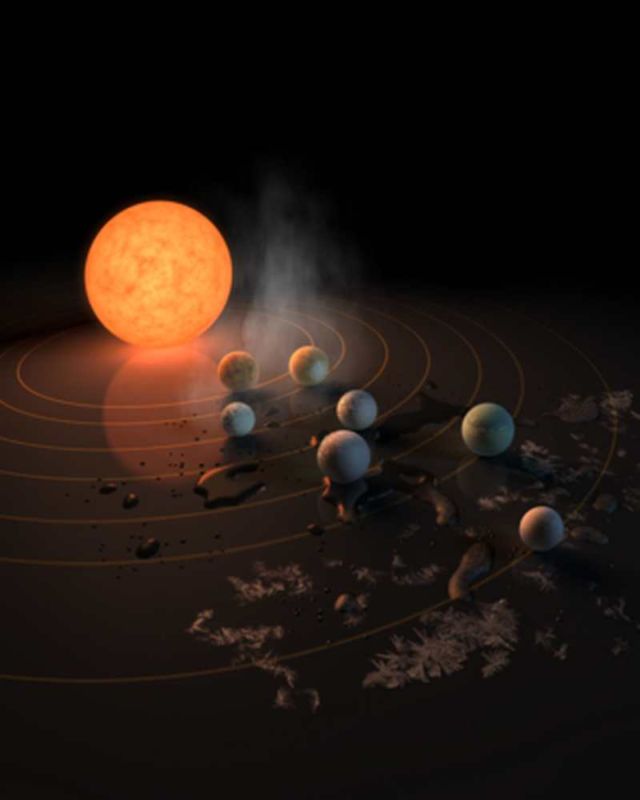 The TRAPPIST-1 star, an ultra-cool dwarf, has seven Earth-size planets orbiting it. This artist’s concept appeared on the cover of the journal Nature on Feb. 23, 2017.  Credits: NASA/JPL-Caltech 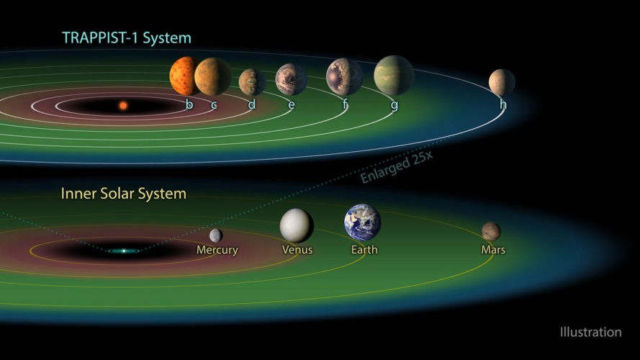 The habitable zone of the TRAPPIST-1 star.   Credits: NASA/JPL-Caltech