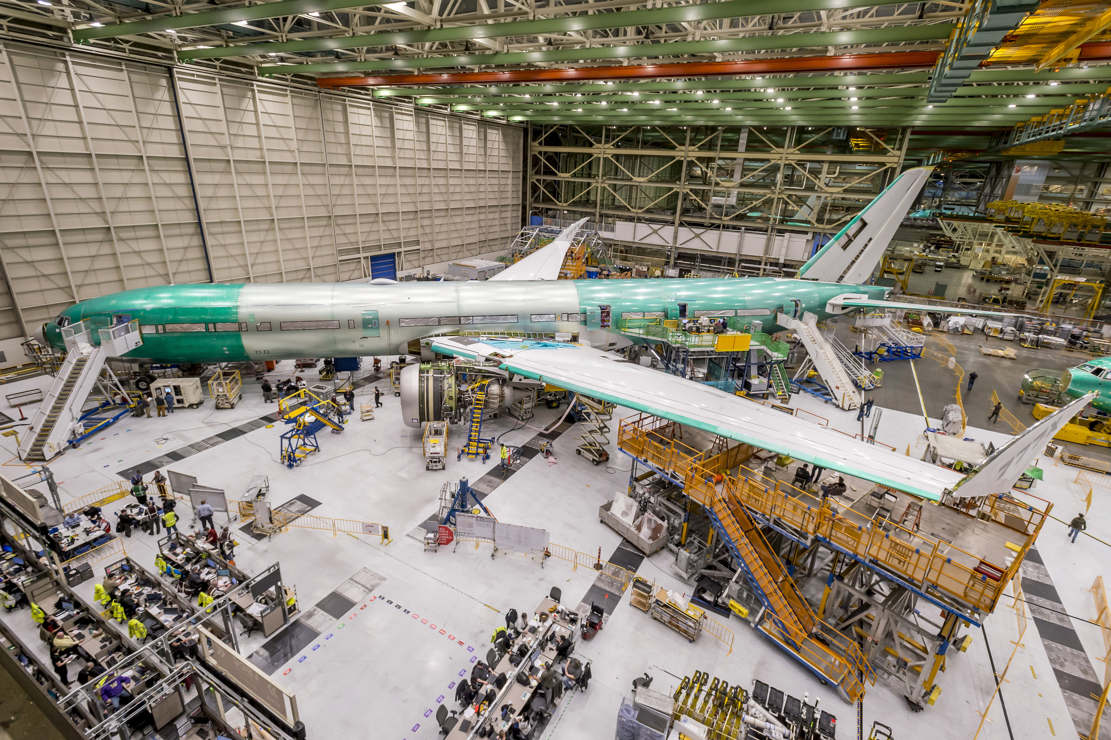 The plane is scheduled for its maiden flight in 2019.

The 777X will be “the most-efficient twin-engine jet in the world, with 12 percent lower fuel consumption and 10 percent lower operating costs than the competition,” according to Boeing. It will come in two variants, the 777-8 and the 777-9. The larger version will seat between 400 and 425 passengers and carry them up to 8,745 miles, farther than the distance from New York to Hanoi. The 777-8 version, which will seat between 350 and 375 passengers, will be able to cover 10,000 miles, more than enough for the Singapore-to-New York route, currently the world’s longest flight.

The GE9X engine is no slouch either. At more than 11 feet in diameter, it is as wide as the body of an entire Boeing 737. The engine has 16 fan blades made from advanced carbon-fiber composites, six different 3D-printed parts inside the engine, and components made from a light- and heat-resistant material called ceramic matrix composite. The ceramics can handle as much as 2,400 degrees Fahrenheit and allow GE engineers to increase the temperature inside the engine’s hot section. “We can turn this increase in temperature into extra performance,” Ted Ingling, the general manager for the GE9X program at GE Aviation, told GE Reports in 2018.