A breakthrough in aircraft electric propulsion from Airbus

A breakthrough in aircraft electric propulsion from Airbus 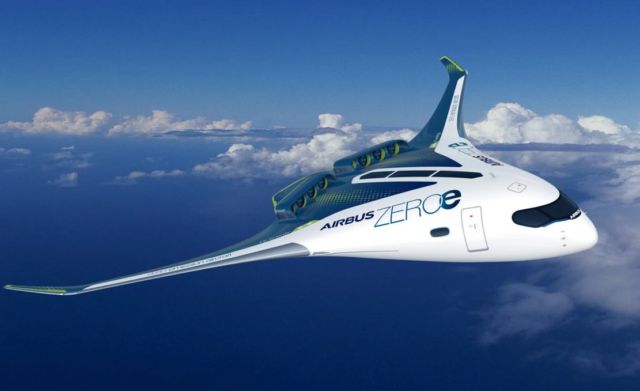 The ASCEND demonstrator project by Airbus UpNext aims to significantly boost the performance of electric- and hybrid-electric propulsion systems in future low-emission aircraft.

Superconductivity’s applications in the aerospace industry have yet to be fully explored. Airbus UpNext is looking to change that with its latest ground-based demonstrator project ASCEND.

A major breakthrough in electric propulsion for long-range aircraft could soon be on the horizon. The presence of a cold source, in the form of liquid hydrogen, alongside superconducting technologies promises to unlock new possibilities.

“With the ASCEND demonstrator, we’ll adapt ground-based cryogenic and superconducting technologies to a fully electric powertrain to confirm their potential at aircraft level,” explains Ludovic Ybanez, Head of the ASCEND demonstrator. “Integrating these components will not only be a world first, but also an essential step towards future full-scale tests and flying demonstrators.” 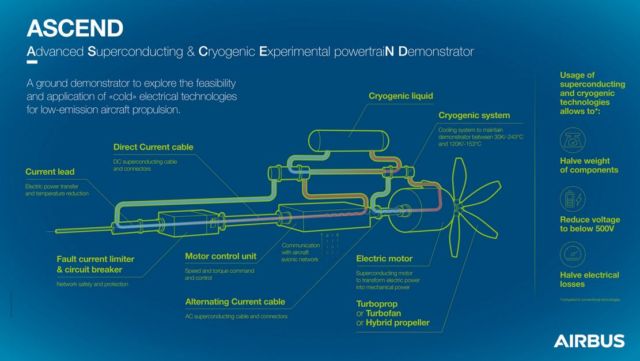 In addition to optimising the weight of the distribution system, another objective of ASCEND is to significantly increase the power density of the propulsion chain. This is a key consideration, as increasing the power of current electrical aircraft systems from a few hundred kW to the MW required for a fully electric aircraft is no easy feat. Simply put, more power increases weight and installation complexity, and generates more heat.

Superconductivity is a set of physical properties observed in certain materials where electrical resistance vanishes and magnetic flux fields are expelled from the material. Any material exhibiting these properties is a superconductor. Unlike an ordinary metallic conductor, whose resistance decreases gradually as its temperature is lowered even down to near absolute zero, a superconductor has a characteristic critical temperature below which the resistance drops abruptly to zero. An electric current through a loop of superconducting wire can persist indefinitely with no power source.