A Giant Dinosaur from the Earliest Jurassic has been found

A Giant Dinosaur from the Earliest Jurassic has been found 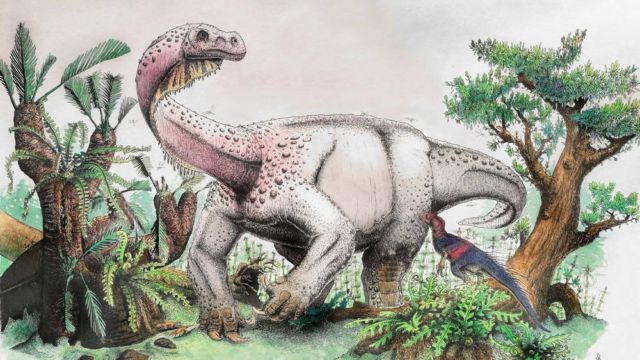 A new species of a giant dinosaur has been found in South Africa’s Free State Province.

A team of international scientists, led by Professor Jonah Choiniere from Wits, described a new species of a giant plant-eating dinosaur that has been found near Clarens.

Above, an artist’s impression of Ledumahadi mafube. In the foreground is Heterodontosaurus, another South African dinosaur.   Illustration: Viktor Radermacher, University of the Witwatersrand 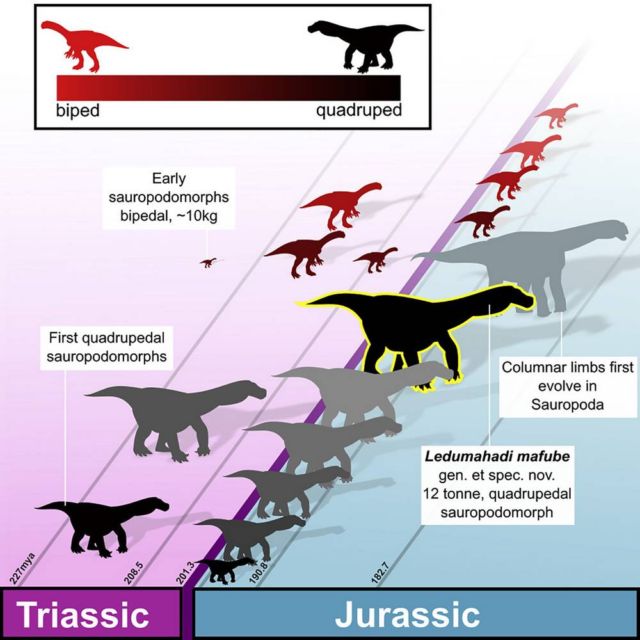 The dinosaur, named Ledumahadi mafube, weighed 12 tonnes and stood about four meters high at the hips.

It was the largest land animal alive on Earth when it lived, nearly 200 million years ago.

Ledumahadi’s fossil tells a fascinating story not only of its individual life history, but also the geographic history of where it lived, and of the evolutionary history of sauropod dinosaurs.

“The name reflects the great size of the animal as well as the fact that its lineage appeared at the origins of sauropod dinosaurs. It honours both the recent and ancient heritage of southern Africa.” 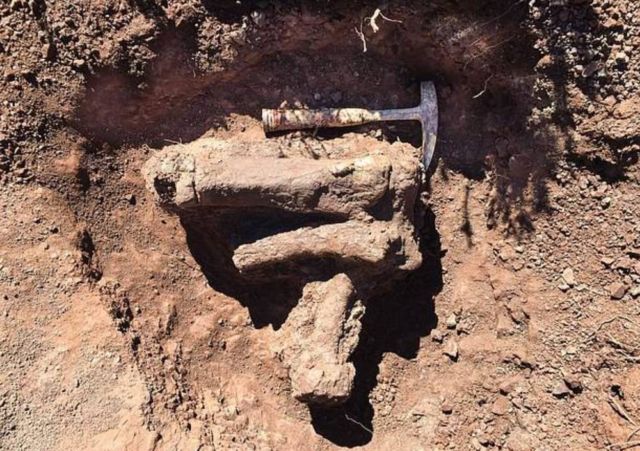 source University of the Witwatersrand