A New Kind of Airplane Wing

A New Kind of Airplane Wing 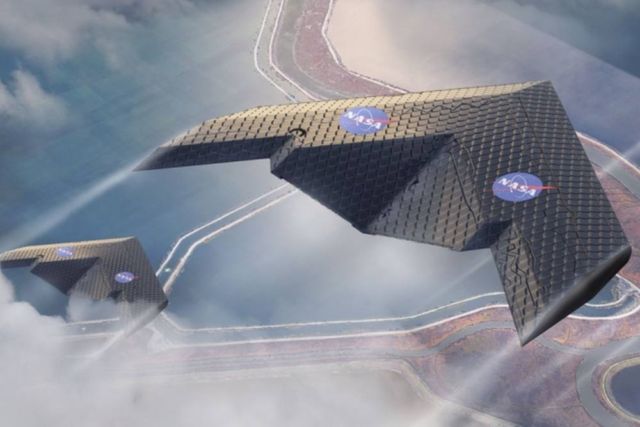 Assembled from hundreds of tiny identical pieces, the wing can change shape to control the plane’s flight, and could provide a significant boost in aircraft production, flight, and maintenance efficiency, the researchers say.

Instead of requiring separate movable surfaces such as ailerons to control the roll and pitch of the plane, as conventional wings do, the new assembly system makes it possible to deform the whole wing, or parts of it, by incorporating a mix of stiff and flexible components in its structure. The tiny subassemblies, which are bolted together to form an open, lightweight lattice framework, are then covered with a thin layer of similar polymer material as the framework. 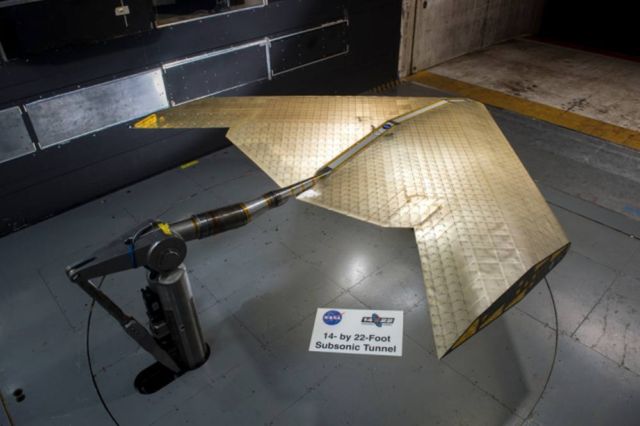 Wing assembly is seen under construction, assembled from hundreds of identical subunits. The wing was tested in a NASA wind tunnel.  Image credit NASA

The result is a wing that is much lighter, and thus much more energy efficient, than those with conventional designs, whether made from metal or composites, the researchers say. Because the structure, comprising thousands of tiny triangles of matchstick-like struts, is composed mostly of empty space, it forms a mechanical “metamaterial” that combines the structural stiffness of a rubber-like polymer and the extreme lightness and low density of an aerogel.

The new approach to wing construction could afford greater flexibility in the design and manufacturing of future aircraft. The new wing design was tested in a NASA wind tunnel and is described today in a paper in the journal Smart Materials and Structures, co-authored by research engineer Nicholas Cramer at NASA Ames in California; MIT alumnus Kenneth Cheung SM ’07 PhD ’12, now at NASA Ames; Benjamin Jenett, a graduate student in MIT’s Center for Bits and Atoms; and eight others.

Jenett explains that for each of the phases of a flight — takeoff and landing, cruising, maneuvering and so on — each has its own, different set of optimal wing parameters, so a conventional wing is necessarily a compromise that is not optimized for any of these, and therefore sacrifices efficiency. A wing that is constantly deformable could provide a much better approximation of the best configuration for each stage.

While it would be possible to include motors and cables to produce the forces needed to deform the wings, the team has taken this a step further and designed a system that automatically responds to changes in its aerodynamic loading conditions by shifting its shape — a sort of self-adjusting, passive wing-reconfiguration process. 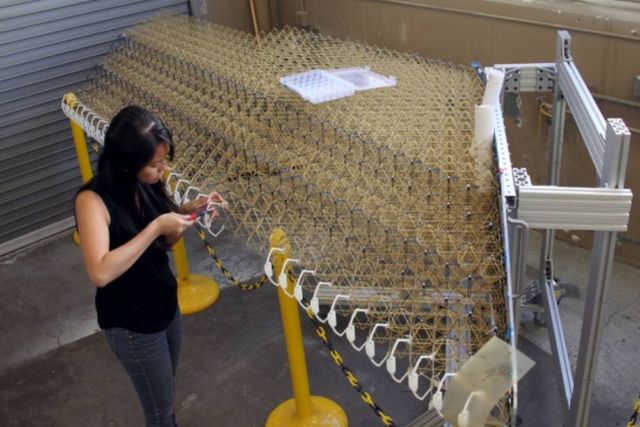 “We’re able to gain efficiency by matching the shape to the loads at different angles of attack. We’re able to produce the exact same behavior you would do actively, but we did it passively.”