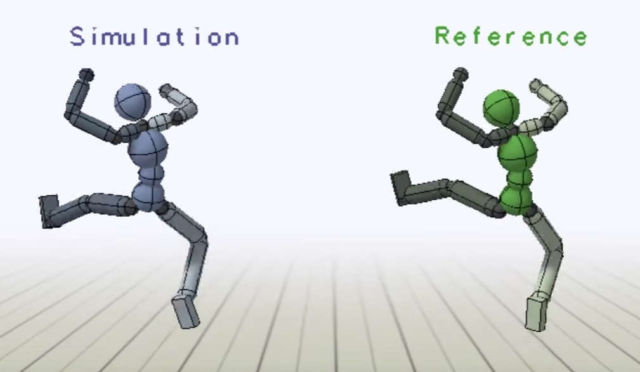 It can kick, punch, and even flip. UC Berkeley researchers created a virtual stuntman that could make computer animated characters more lifelike.

Which could make it easier to make video game physics even more realistic. The algorithm also enables the character to adapt to changes in its environment, like… adjusting for difficult terrain, and hitting random targets.

The character learned 25+ acrobatic moves… including dancing. This work also allows characters to learn from artist-created animations, enabling non-human characters like… A lion. T-rex. And did we mention they have a dragon?