An amazing Journey to Jupiter

An amazing Journey to Jupiter 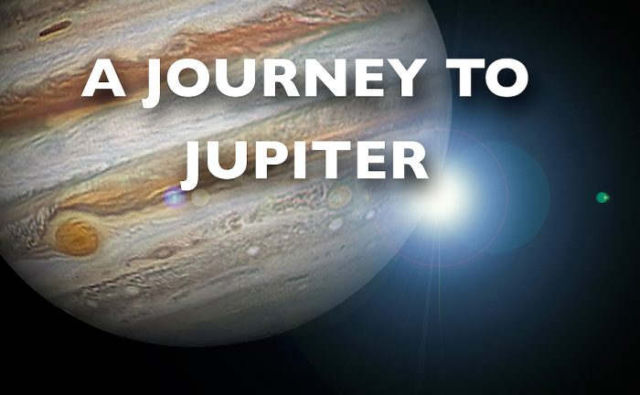 This animation of Jupiter is made from more than 1,000 images taken by 91 amateurs from around the world…

After collecting the images, between the 19th of December 2014 and the 31st of March 2015, they have been remaped into cylindrical projections by Christoffer Svenske and Johan Warell.
I have then color corrected, stacked and seamlessly stitched them into a total of 54 complete maps.
To slow down the rapid motion, I have interpolated an image in between each pair of maps for a total of 107.

The polar projections are a little special as I have made them stretch from pole to pole, not just from pole (center) to equator (outside) as traditionally represented. The reason is that I find it more interesting to be able to follow the movements of all the cloudbelts regardless of the projection.

It has taken more than a year to complete this video that shows the motion of Jupiter’s cloud belts and the rotation of the Great Red Spot in high resolution, all accelerated one million times!
It also shows the technical skills of the world wide community of amateur planetary photographers to be able to reach this high level of details that can be tracked across the planet during 250 revolutions.