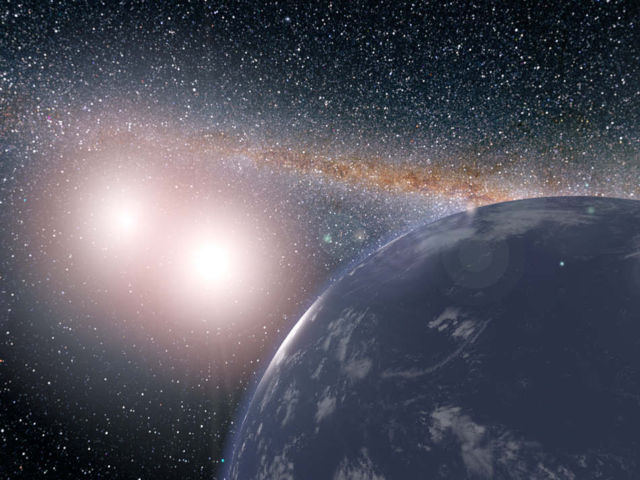 In real life, thanks to observatories such as NASA’s Kepler space telescope, we know that two-star systems can indeed support planets, although planets discovered so far around double-star systems are large and gaseous. Scientists wondered: If an Earth-size planet were orbiting two suns, could it support life?

This illustration shows a hypothetical planet covered in water around the binary star system of Kepler-35A and B. In reality, the stellar pair Kepler-35A and B host a planet called Kepler-35b, a giant planet about eight times the size of Earth, with an orbit of 131.5 Earth days. For their study, researchers neglected the gravitational influence of this planet and added a hypothetical water-covered, Earth-size planet around the Kepler-35 A and B stars. They examined how this planet’s climate would behave as it orbited the host stars with periods between 341 and 380 days.