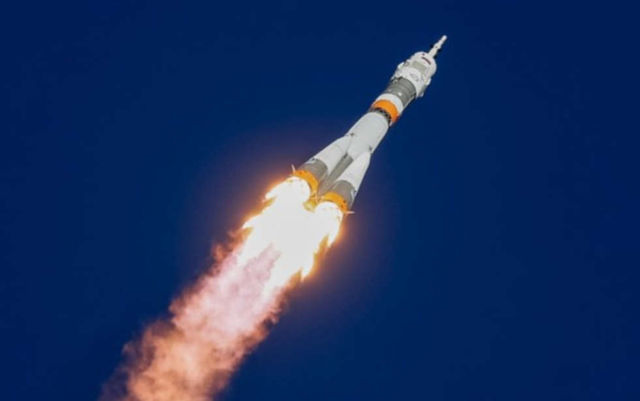 The two astronauts kept ice cool, while their rocket malfunctioned at 4,970mph and returned back to Earth in ‘ballistic re-entry.’

NASA astronaut Nick Hague and Russian cosmonaut Alexey Ovchinin are in good condition following today’s aborted launch. I’m grateful that everyone is safe. A thorough investigation into the cause of the incident will be conducted. Full statement below:

The Soyuz MS-10 spacecraft launched from the Baikonur Cosmodrome in Kazakhstan to the International Space Station at 4:40 a.m. EDT Thursday, October 11 (2:40 p.m. in Baikonur) carrying American astronaut Nick Hague and Russian cosmonaut Alexey Ovchinin. Shortly after launch, there was an anomaly with the booster and the launch ascent was aborted, resulting in a ballistic landing of the spacecraft.

Search and rescue teams were deployed to the landing site. Hague and Ovchinin are out of the capsule and are reported to be in good condition. They will be transported to the Gagarin Cosmonaut Training Center in Star City, Russia outside of Moscow.

NASA Administrator Jim Bridenstine and the NASA team are monitoring the situation carefully. NASA is working closely with Roscosmos to ensure the safe return of the crew. Safety of the crew is the utmost priority for NASA. A thorough investigation into the cause of the incident will be conducted.