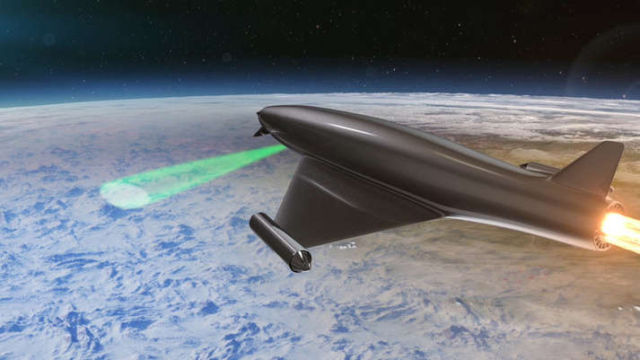 Atmospheric lens could revolutionise the future of battlefield observation. See it in action…

Scientists at BAE Systems believe that within the next fifty years, battlefield commanders could deploy a new type of directed energy laser and lens system, capable of enhancing commanders’ ability to observe adversaries’ activities.

Called a Laser Developed Atmospheric Lens, developed by technologists at the Company’s military aircraft facility in Warton, Lancashire, has been evaluated by the Science and Technology Facilities Council (STFC) Rutherford Appleton Laboratory and specialist optical sensors company LumOptica and is based on known science. It works by simulating naturally occurring phenomena and temporarily – and reversibly – changes the Earth’s atmosphere into lens-like structures to magnify or change the path of electromagnetic waves such as light and radio signals.