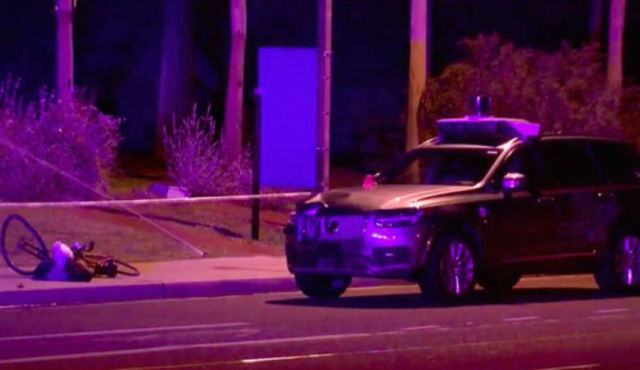 A video shows crash victim stepping suddenly in front of Uber’s car “like a flash.”

The Tempe police is working with the National Transportation Safety Board and the National Highway Traffic Safety Administration, to find out who is at fault for the accident that caused by the self driving car.

“I suspect preliminarily it appears that the Uber would likely not be at fault in this accident.”

“Tempe Police Department does not determine fault in vehicular collisions.”