Big Egg from Antarctica might belong to an extinct Sea Lizard

Big Egg from Antarctica might belong to an extinct Sea Lizard 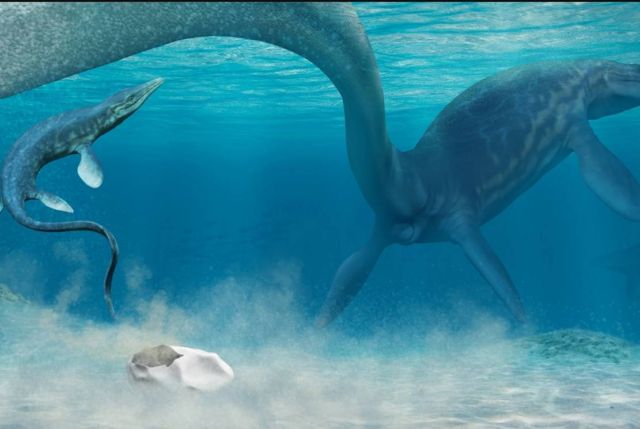 Researchers say the egg was first unearthed on the Antarctic Peninsular back in 2011, remained unlabelled for a decade at Chile’s National Museum of Natural History, until Texas University scientists realized it looked like a ‘soft lizard shell.’

An analysis led by researchers at The University of Texas at Austin has found that the fossil is a giant, soft-shell egg from about 66 million years ago. Measuring in at more than 11 by 7 inches, the egg is the largest soft-shell egg ever discovered and the second-largest egg of any known animal. 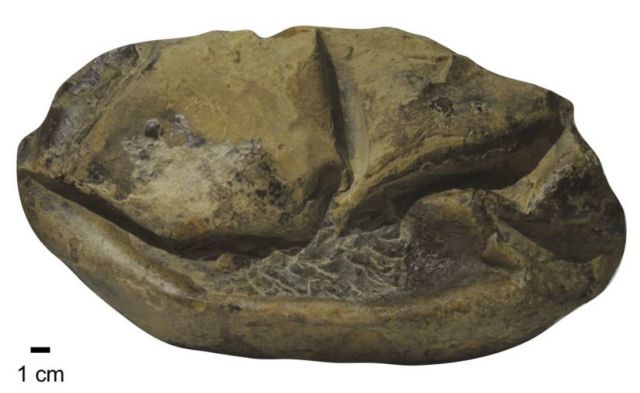 A side view of the fossil of the giant egg. Credit: Legendre et al. 2020

The specimen is the first fossil egg found in Antarctica and pushes the limits of how big scientists thought soft-shell eggs could grow. Aside from its astounding size, the fossil is significant because scientists think it was laid by an extinct, giant marine reptile, such as a mosasaur — a discovery that challenges the prevailing thought that such creatures did not lay eggs.

“It is from an animal the size of a large dinosaur, but it is completely unlike a dinosaur egg,” said lead author Lucas Legendre, a postdoctoral researcher at UT Austin’s Jackson School of Geosciences. “It is most similar to the eggs of lizards and snakes, but it is from a truly giant relative of these animals.”

A study describing the fossil egg was published in Nature on June 17.

source University of Texas at Austin