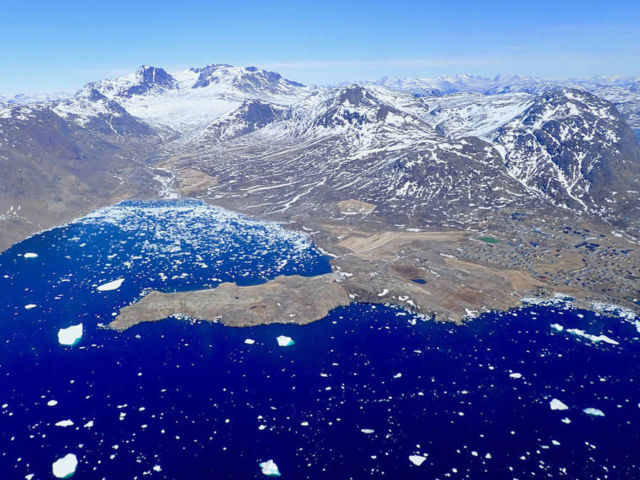 This is the southern Greenland town of Narsaq, taken during an Operation IceBridge flight on Apr. 26, 2018.

Operation IceBridge, NASA’s longest-running airborne mission to monitor polar ice change, concluded this year’s springtime survey of Arctic sea and land ice on May 2. The flights, which began on March 22, covered the western basin of the Arctic Ocean and Greenland’s fastest-changing glaciers.