Bringing balance to the Universe

Home/Posts/SCIENCES/Astronomy/Bringing balance to the Universe
Previous Next

Bringing balance to the Universe 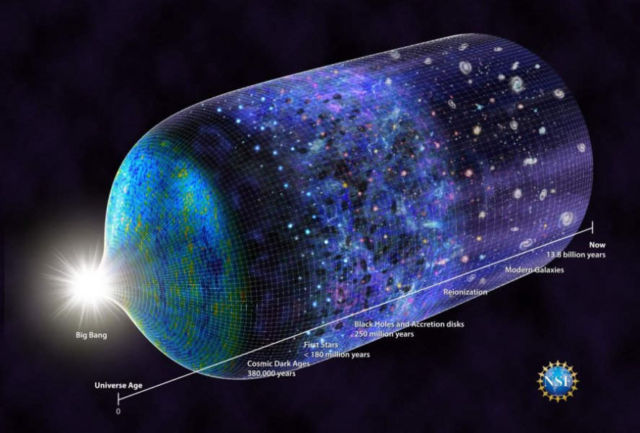 A mysterious ‘dark fluid’ could explain the invisible missing 95% of the Universe.

Normal matter is the basic building block of humans, plants, and the solar system, but yet only comprises 5% of all the matter in the Universe.

The other 95% is typically invisible, other than when its presence is inferred via gravitational effects. This missing portion of the Universe is normally separated into two separate and distinct physical phenomena, dark matter and dark energy, which are two of the biggest problems in modern astrophysics.

Above, a timeline of the universe, updated to show when the first stars emerged.   Credit: N.R.Fuller, National Science Foundation

A new toy model by Dr Jamie Farnes, of Oxford’s e-Research Centre, published in Astronomy & Astrophysics (A&A), suggests that both dark matter and dark energy can be unified into a single phenomenon – a fluid that has negative mass.