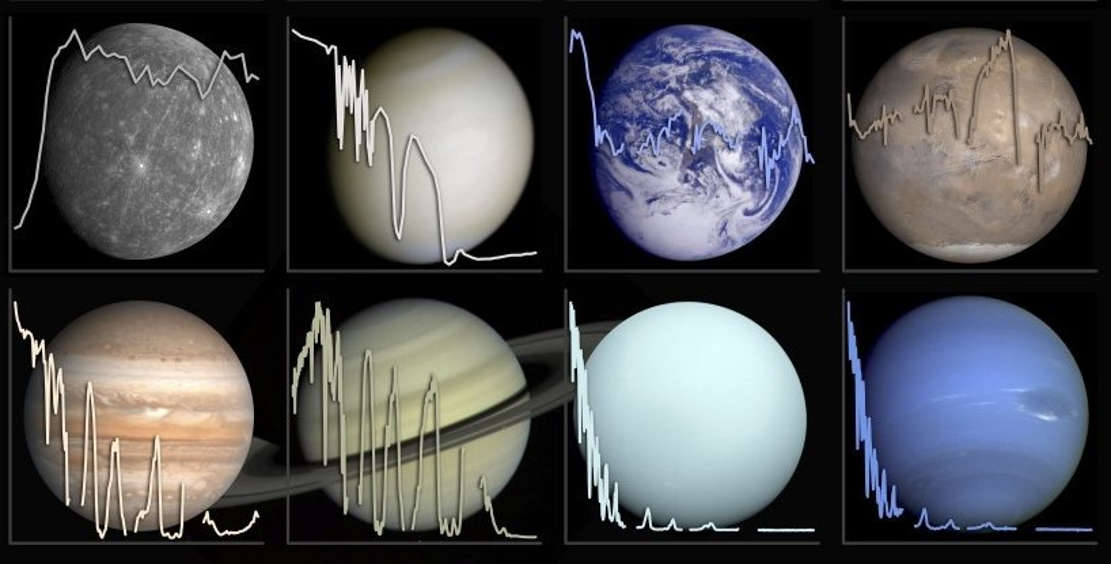 Astronomers created a catalog of ‘light-fingerprints’ to uncover the mysteries of exoplanets.

Cornell researchers have created a reference catalog using calibrated spectra and geometric albedos (the light reflected by a surface) of 19 of the most diverse bodies in our solar system: all eight planets, from rocky to gaseous; nine moons, from frozen to lava spewing; and two dwarf planets, one in the asteroid belt (Ceres) and one in the Kuiper belt (Pluto).

By comparing observed spectra and albedos of exoplanets to this catalog of our own home planetary system, scientists will be able to characterize them in reference to the wide range of icy, rocky and gaseous worlds in our home system.

“A Catalog of Spectra, Albedos and Colors of Solar System Bodies for Exoplanet Comparison” was published online July 31 in the journal Astrobiology and will be featured on the print edition’s cover in December.

“We use our own solar system and all we know about its incredible diversity of fascinating worlds as our Rosetta Stone. With this catalog of light-fingerprints, we will be able to compare new observations of exoplanets to objects in our own solar system – including the gaseous worlds of Jupiter and Saturn, the icy worlds of Europa, the volcanic world of Io and our own life-filled planet.”