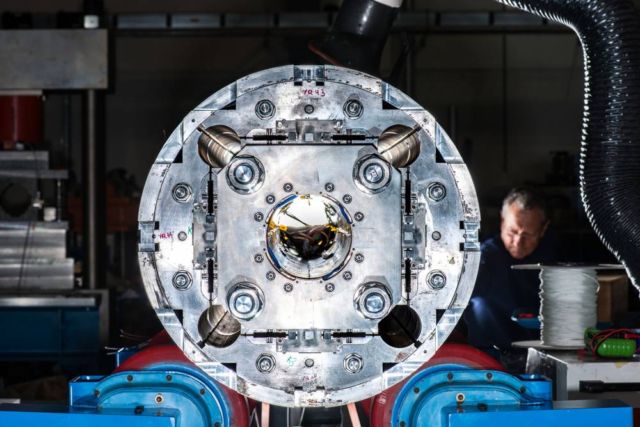 The Large Hadron Collider (LHC) will receive a major upgrade and transform into the High-Luminosity LHC over the coming years.

The Large Hadron Collider (LHC) is officially entering a new stage. A ground-breaking ceremony at CERN celebrates the start of the civil-engineering work for the High-Luminosity LHC (HL-LHC): a new milestone in CERN’s history.

By 2026 this major upgrade will have considerably improved the performance of the LHC, by increasing the number of collisions in the large experiments and thus boosting the probability of the discovery of new physics phenomena.

Above, Prototype of a quadrupole magnet for the High-Luminosity LHC.  Image credit Robert Hradil, Monika Majer/ProStudio22.ch

The LHC started colliding particles in 2010. Inside the 27-km LHC ring, bunches of protons travel at almost the speed of light and collide at four interaction points. These collisions generate new particles, which are measured by detectors surrounding the interaction points. By analysing these collisions, physicists from all over the world are deepening our understanding of the laws of nature. 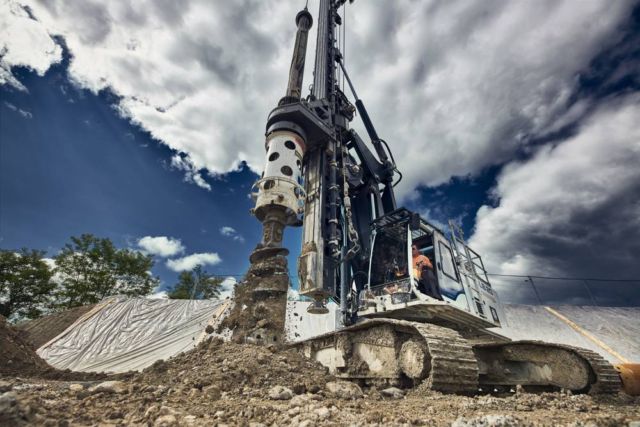