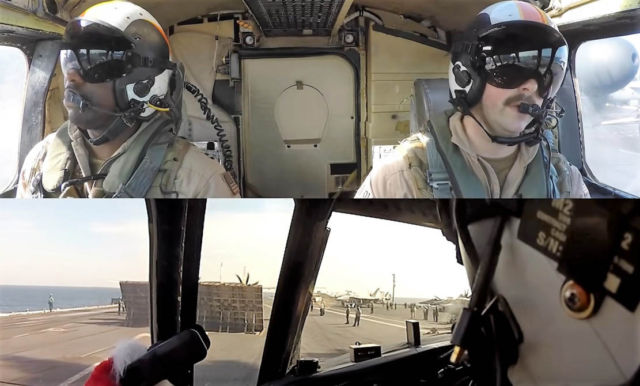 Watch a catapult shot from the cockpit of a U.S. Navy C-2 Greyhound, on Christmas Day.

“This is a video of me taking a catapult shot on Christmas Day in a Navy C-2 Greyhound. It was filmed as we flew off from the USS Harry S. Truman aircraft carrier a few years back. With a wingspan of 81′, the C-2 ties with the E-2 Hawkeye as the biggest aircraft to currently fly on and off of U.S Navy aircraft carriers.

The C-2 is the Navy’s premier logistics and transport aircraft and is arguably one of the hardest planes to land on the boat. Naval Aviation has been synonymous with aircraft landing at sea for over 100 years.”