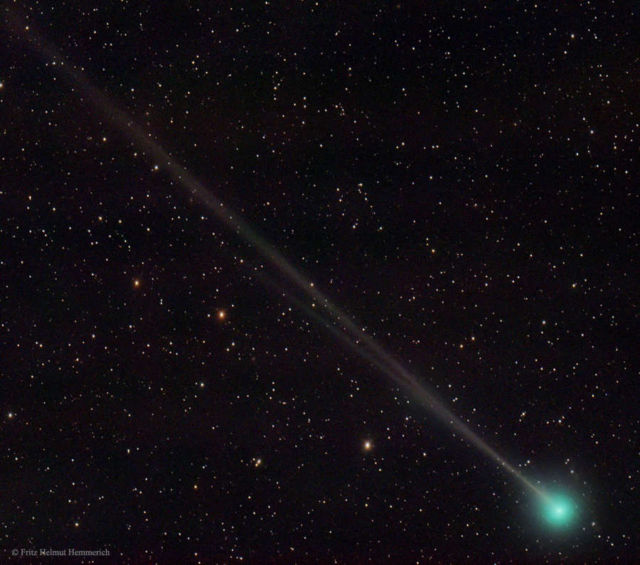 Comet 45P/Honda–Mrkos–Pajdušáková, was first discovered 13 orbits ago in 1948.

It spends most of its time out near the orbit of Jupiter and last neared the Sun in 2011. Over the past few months, however, Comet 45P’s new sunward plummet has brightened it considerably. Two days ago, the comet passed the closest part of its orbit to the Sun.

The comet is currently visible with binoculars over the western horizon just after sunset, not far from the much brighter planet Venus.