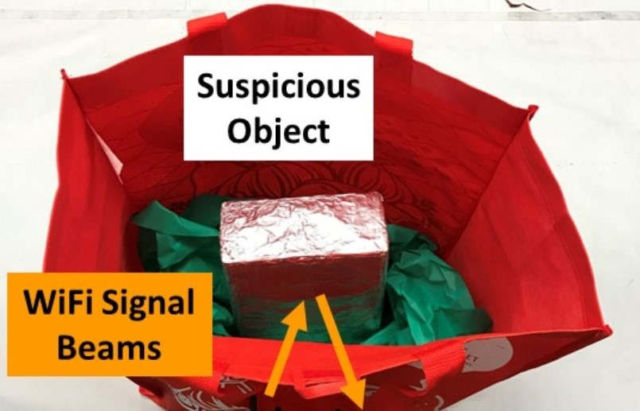 According to a Rutgers University–New Brunswick-led study, WiFi can easily detect weapons, bombs and explosive chemicals in bags.

This low-cost system requires a WiFi device with two to three antennas and can be integrated into existing WiFi networks. The system analyzes what happens when wireless signals penetrate and bounce off objects and materials.

Yingying (Jennifer) Chen, study co-author and a professor in the Department of Electrical and Computer Engineering in Rutgers–New Brunswick’s School of Engineering, said:

“This could have a great impact in protecting the public from dangerous objects. There’s a growing need for that now.”