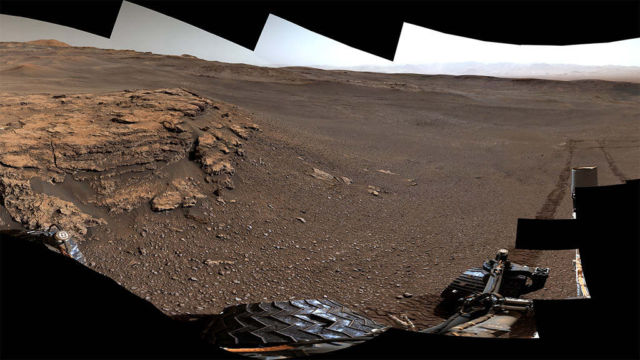 Our Curiosity rover has come a long way since touching down on Mars seven years ago. It has traveled a total of 13 miles (21 kilometers) and ascended 1,207 feet (368 meters) to its current location. Along the way, Curiosity discovered Mars had the conditions to support microbial life in the ancient past. And the rover is far from done, having just drilled its 22nd sample from the Martian surface.

This image is a part of a 360-degree panorama Curiosity captured of a location on Mars called “Teal Ridge” on June 18, 2019.