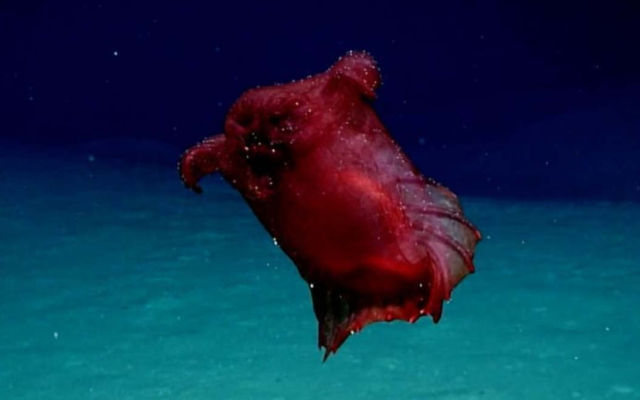 This swimming sea cucumber, was first caught on film in the Gulf of Mexico in 2017.

For the first time, a deep-sea swimming sea cucumber, Enypniastes eximia, also known as a “headless chicken monster”, has been filmed in Southern Ocean waters off East Antarctica.

“Our researchers got a surprise recently when another one popped up on camera in the Southern Ocean for the first time, at a depth of three kilometers.”

The cameras were designed in partnership with the commercial long-line fishing industry to assist in fisheries management.