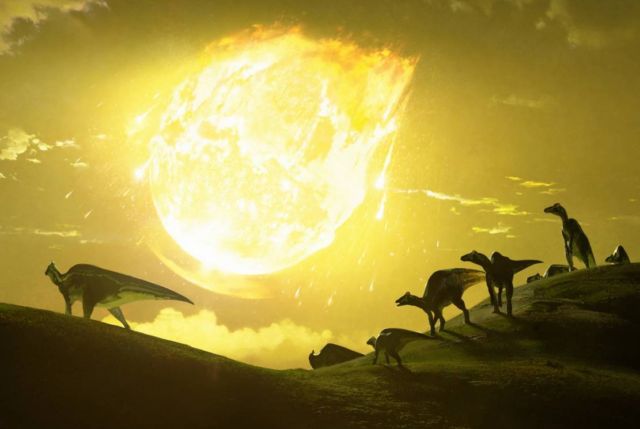 Asteroid that destroyed the dinosaurs 66million years ago struck Earth at ‘deadliest possible’ angle of 60 degrees.

New simulations from Imperial College London have revealed the asteroid that doomed the dinosaurs struck Earth at the ‘deadliest possible’ angle.

The simulations show that the asteroid hit Earth at an angle of about 60 degrees, which maximised the amount of climate-changing gases thrust into the upper atmosphere.

Above: The asteroid that wiped out the dinosaurs around 66 million years ago.  Credit Chase Stone

Such a strike likely unleashed billions of tonnes of sulphur, blocking the sun and triggering the nuclear winter that killed the dinosaurs and 75 per cent of life on Earth 66 million years ago.

Drawn from a combination of 3D numerical impact simulations and geophysical data from the site of the impact, the new models are the first ever fully 3D simulations to reproduce the whole event – from the initial impact to the moment the final crater, now known as Chicxulub, was formed.

Development of the Chicxulub at 60° impact. Shown are cross-sections through the numerical simulation along the plane of trajectory, with x = 0 defined at the crater centre (measured at the pre-impact level; z = 0); the direction of impact is from right to left.  Credit Imperial College London

Lead researcher Professor Gareth Collins, of Imperial’s Department of Earth Science and Engineering, said: “For the dinosaurs, the worst-case scenario is exactly what happened. The asteroid strike unleashed an incredible amount of climate-changing gases into the atmosphere, triggering a chain of events that led to the extinction of the dinosaurs. This was likely worsened by the fact that it struck at one of the deadliest possible angles. 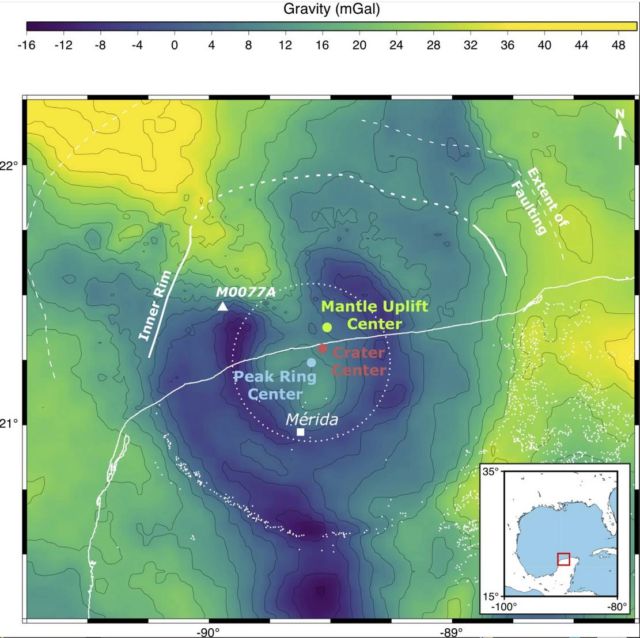 “Our simulations provide compelling evidence that the asteroid struck at a steep angle, perhaps 60 degrees above the horizon, and approached its target from the north-east. We know that this was among the worst-case scenarios for the lethality on impact, because it put more hazardous debris into the upper atmosphere and scattered it everywhere – the very thing that led to a nuclear winter.”