Direct Image of a Baby Exoplanet

Direct Image of a Baby Exoplanet 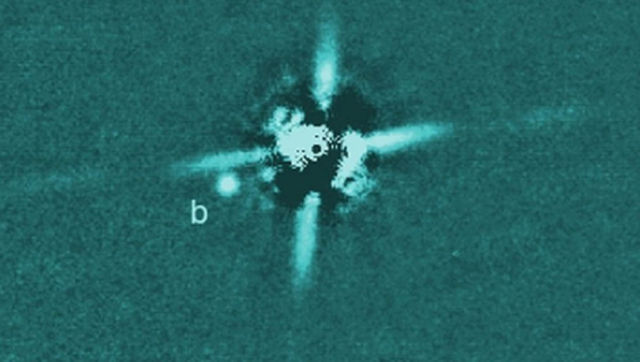 One of the youngest planets ever found around a distant infant star has been discovered by an international team of scientists led by University of Hawaiʻi at Mānoa faculty, students, and alumni.

Thousands of planets have been discovered around other stars, but what sets this one apart is that it is newly-formed and can be directly observed. The planet, named 2M0437b, joins a handful of objects advancing our understanding of how planets form and change with time, helping shed new light on the origin of the solar system and Earth.

The in-depth research has been accepted for publication in the Monthly Notices of the Royal Astronomical Society and is available in preprint format on arXiv.org.

“This serendipitous discovery adds to an elite list of planets that we can directly observe with our telescopes,” explained lead author Eric Gaidos, a professor in the UH Mānoa Department of Earth Sciences. “By analyzing the light from this planet we can say something about its composition, and perhaps where and how it formed in a long-vanished disk of gas and dust around its host star.”