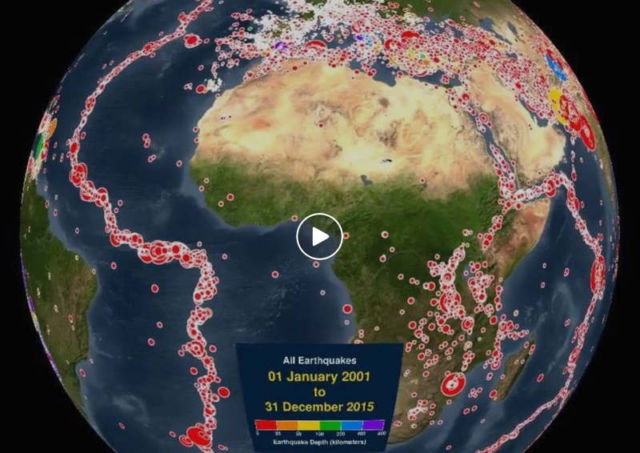 This animation shows every recorded earthquake in sequence as they occurred from January 1, 2001, through December 31, 2015, at a rate of 30 days per second.

The earthquake hypocenters first appear as flashes then stay as colored circles before shrinking with time so as not to obscure subsequent earthquakes. The size of the circle represents the earthquake magnitude while the color represents its depth within the earth. At the end of the animation it will first show all quakes in this 15-year period. Next, it will show only those earthquakes greater than magnitude 6.5.