Einstein’s Concepts to Life Through Art

Einstein’s Concepts to Life Through Art 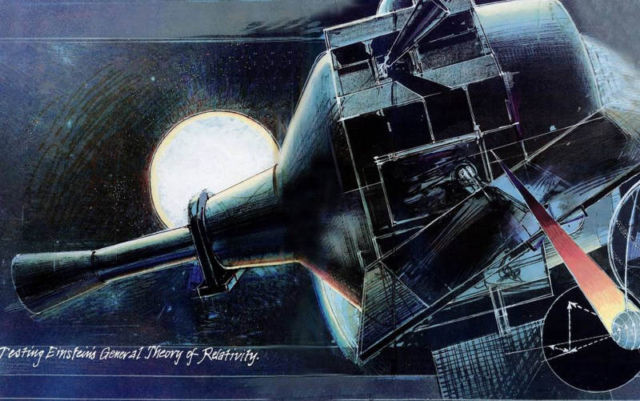 A striking example to bridge the gap between scientists’ imagination and illustration, is the artist Barron Storey’s attempt in the late 1980s, to bring the ideas of the Gravity Probe B team at Stanford University to the public.

Launched on April 20, 2004, Gravity Probe B (GP-B) was a collaboration between Stanford University and NASA designed to test two previously untested aspects of Albert Einstein’s general theory of relativity (geodetic and frame-dragging effects) by observing the precession of four near perfectly spherical gyroscopes in reference to a distant star as the spacecraft traveled in a polar orbit 400 miles above the Earth. The story of GP-B spans almost five decades and includes both a wide body of technical and scientific innovation and a remarkable collaboration between physics and engineering.

This is but one of a series of images illustrating the scientific concepts. View the gallery.