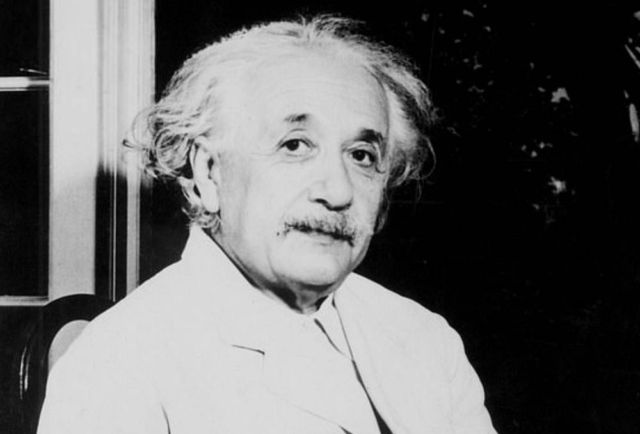 Einstein‘s famous ‘God letter‘ sells for $3 million at an auction in New York.

The Albert Einstein’s handwritten ‘God letter’ to religious philosopher Erik Gutkind in 1954, sold three times the expected amount, for $3m to an unnamed buyer at an auction in New York.

In this famous letter the scientist offers his unvarnished opinion that:

“The word God is for me nothing but the expression and product of human weaknesses, the Bible a collection of venerable but still rather primitive legends.”

The letter is a response to Gutkind’s 1952 book ‘Choose Life: the Biblical Call to Revolt.’

Einstein also said that he ‘lost his faith at a young age,’ and he called religion ‘childish superstition’ born of ‘human weakness.’ 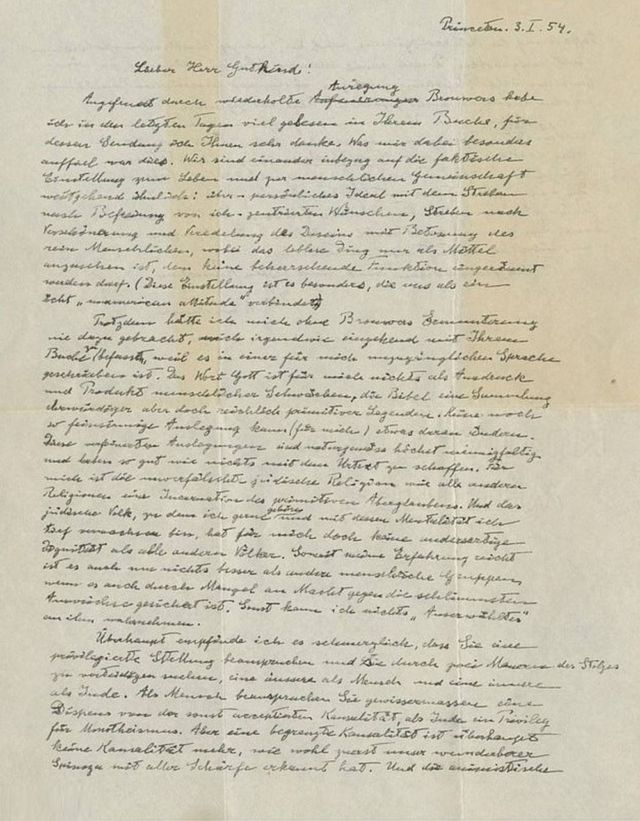 This is the first page of Albert Einstein’s “God Letter,” dated January 3, 1954.  Photo provided by Christie’s