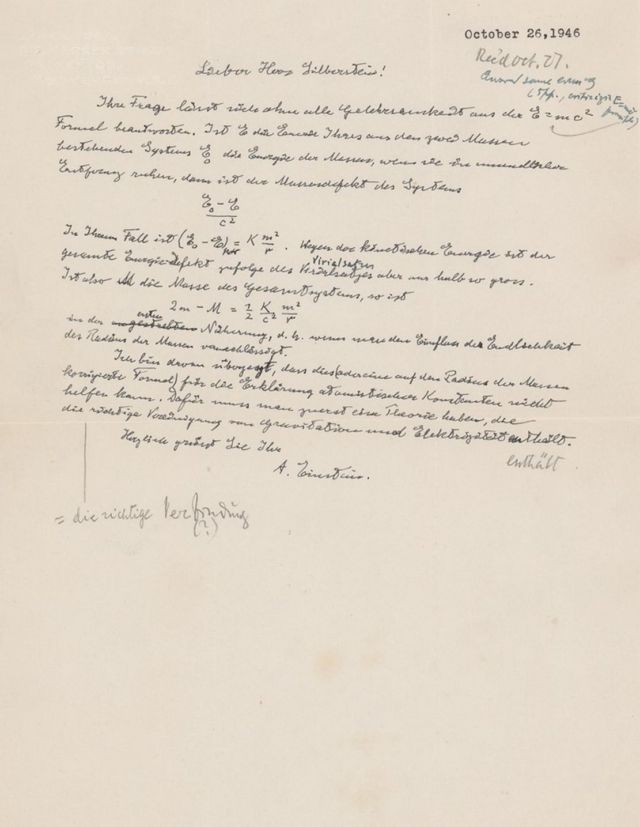 The rare Albert Einstein’s letter that was written to physicist Ludwik Silberstein in October 1946, sold for more than three times what was expected.

The winning bidder of the E = mc² letter, has preferred to remain anonymous. 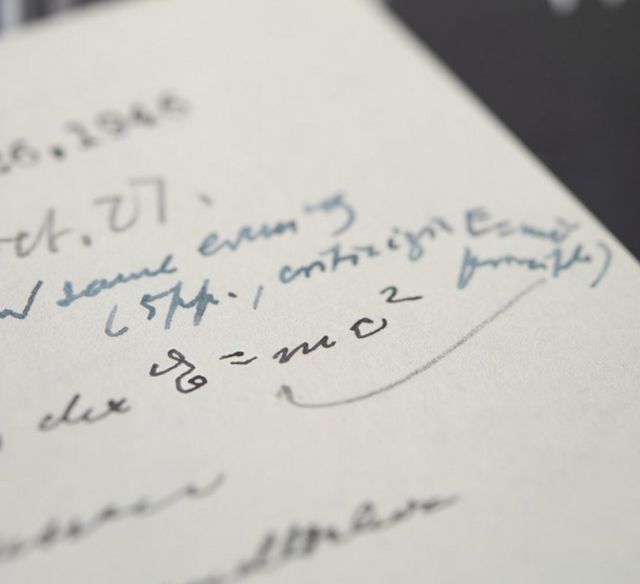 In physics, mass–energy equivalence is the relationship between mass and energy in a system’s rest frame, where the two values differ only by a constant and the units of measurement. The principle is described by the physicist Albert Einstein’s famous formula.

The formula defines the energy E of a particle in its rest frame as the product of mass (m) with the speed of light squared (c²). Because the speed of light is a large number in everyday units (approximately 3×108 meters per second), the formula implies that a small amount of rest mass corresponds to an enormous amount of energy, which is independent of the composition of the matter.