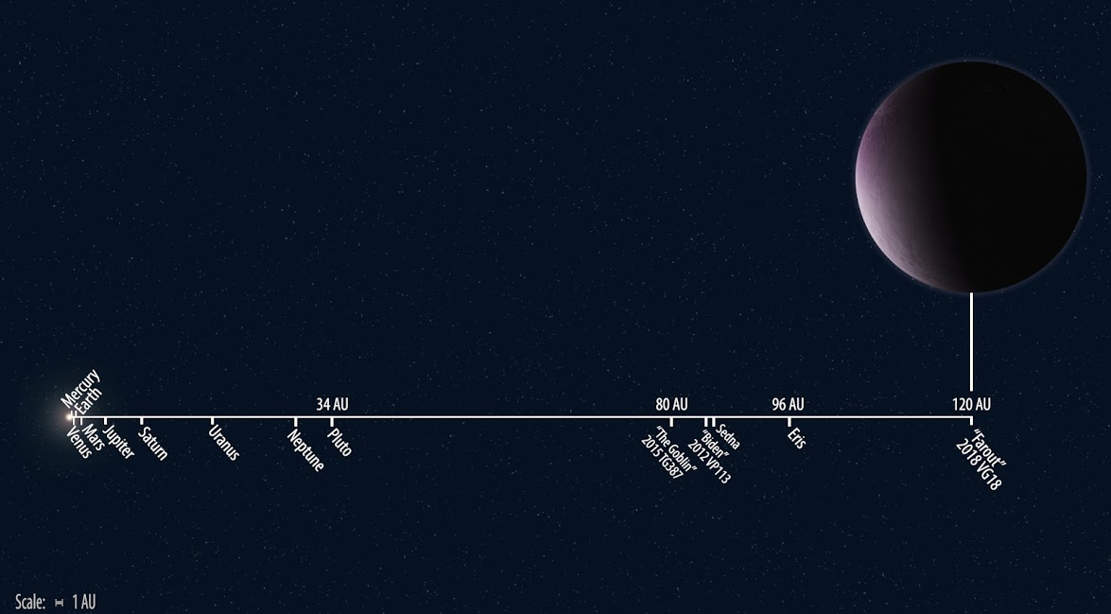 Farout- the farthest object known in our Solar System

Farout- the farthest object known in our Solar System 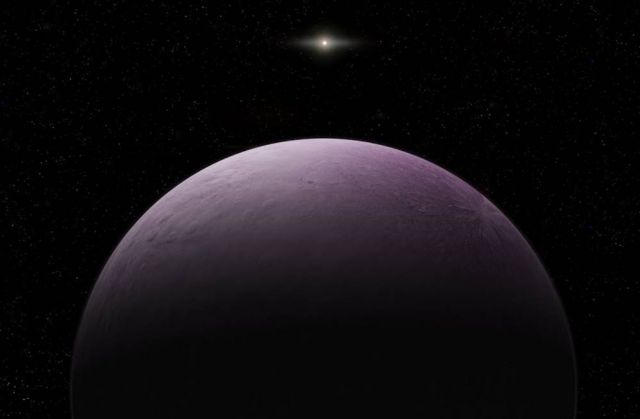 Astronomers has just discovered the most-distant body ever observed in our Solar System, about 120 astronomical units from the Sun.

The new object was announced on Monday, December 17, 2018, by the International Astronomical Union’s Minor Planet Center and has been given the provisional designation 2018 VG18.

It is the first known Solar System object that has been detected at a distance that is more than 100 times farther than Earth is from the Sun.

The discovery was made by Carnegie’s Scott S. Sheppard, the University of Hawaii’s David Tholen, and Northern Arizona University’s Chad Trujillo.

2018 VG18, nicknamed “Farout” by the discovery team for its extremely distant location, is at about 120 astronomical units (AU), where 1 AU is defined as the distance between the Earth and the Sun.

The second-most-distant observed Solar System object is Eris, at about 96 AU.  Pluto is currently at about 34 AU, making 2018 VG18 more than three-and-a-half times more distant than the Solar System’s most-famous dwarf planet. 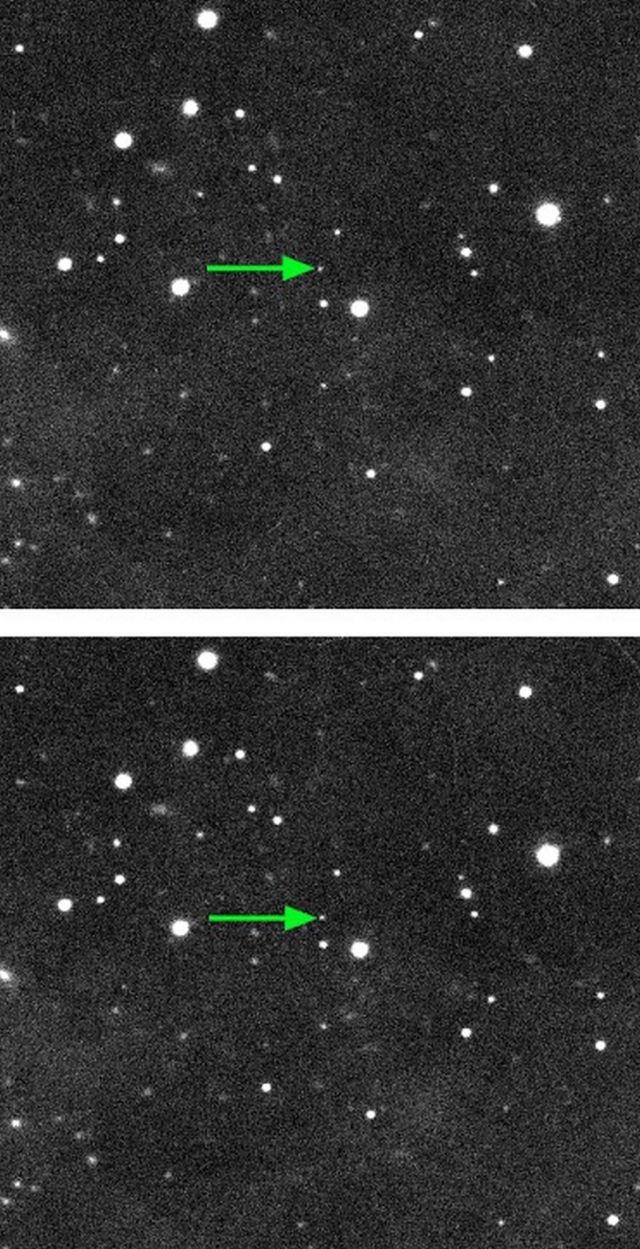 Discovery images of 2018 VG18 “Farout” from the Subaru Telescope on November 10, 2018. Farout moves between the two discovery images while the background stars and galaxies do not move over the 1 hour between images. Image credit: Scott S. Sheppard/David Tholen. 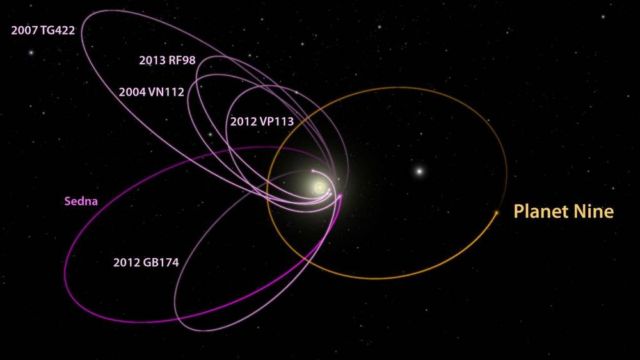