First-ever mission to ‘touch’ the Sun

First-ever mission to ‘touch’ the Sun 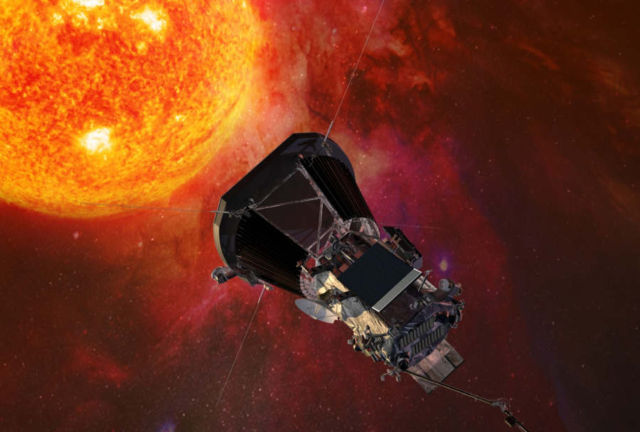 NASA’s Parker Solar Probe will be the first-ever mission to “touch” the sun.

The spacecraft, about the size of a small car, will travel directly into the sun’s atmosphere about 4 million miles from our star’s surface. Launch is slated for summer 2018.

NASA has renamed the Solar Probe Plus spacecraft — humanity’s first mission to a star, which will launch in 2018 — as the Parker Solar Probe in honor of astrophysicist Eugene Parker. The announcement was made at a ceremony at the University of Chicago, where Parker serves as the S. Chandrasekhar Distinguished Service Professor Emeritus, Department of Astronomy and Astrophysics.

“This is the first time NASA has named a spacecraft for a living individual,” said Thomas Zurbuchen, associate administrator for NASA’s Science Mission Directorate in Washington. “It’s a testament to the importance of his body of work, founding a new field of science that also inspired my own research and many important science questions NASA continues to study and further understand every day. I’m very excited to be personally involved honoring a great man and his unprecedented legacy.”

“The solar probe is going to a region of space that has never been explored before,” said Parker. “It’s very exciting that we’ll finally get a look. One would like to have some more detailed measurements of what’s going on in the solar wind. I’m sure that there will be some surprises. There always are.”