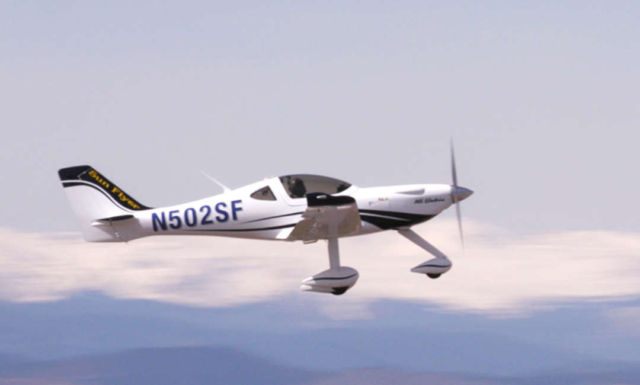 The Sun Flyer 2 prototype aircraft flight test program, which began in late March, is being conducted at Centennial Airport (KAPA), south of Denver, Colorado, and are now progressing to increased speed, altitude and endurance capabilities.

George Bye, Founder and CEO of Bye Aerospace, thanked and congratulated the Bye Aerospace team for the successful transition to the next test phase. “We are excited about the future and the potential the Sun Flyer family of aircraft has to revolutionize general aviation, providing improved affordability and accessibility,” Bye said. “Lower operating costs are key to solving the student pilot drop-out rate, which is curtailing the successful attainment of badly needed airline pilots. The Sun Flyer 2’s $3 hourly operating costs are 10 times lower than traditional piston-engine flight trainers, with no carbon emissions and significantly reduced noise.”