First Image of a Multi-Planet System around a Star

First Image of a Multi-Planet System around a Star 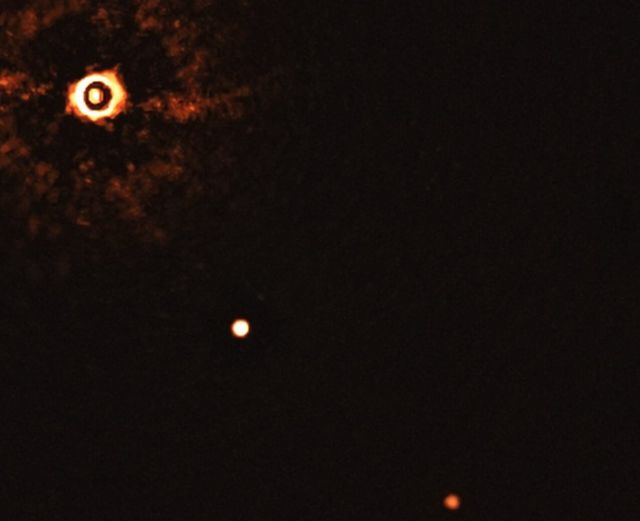 This image, captured by the SPHERE instrument on ESO’s Very Large Telescope, shows the star TYC 8998-760-1 accompanied by two giant exoplanets. This is the first time astronomers have directly observed more than one planet orbiting a star similar to the Sun. 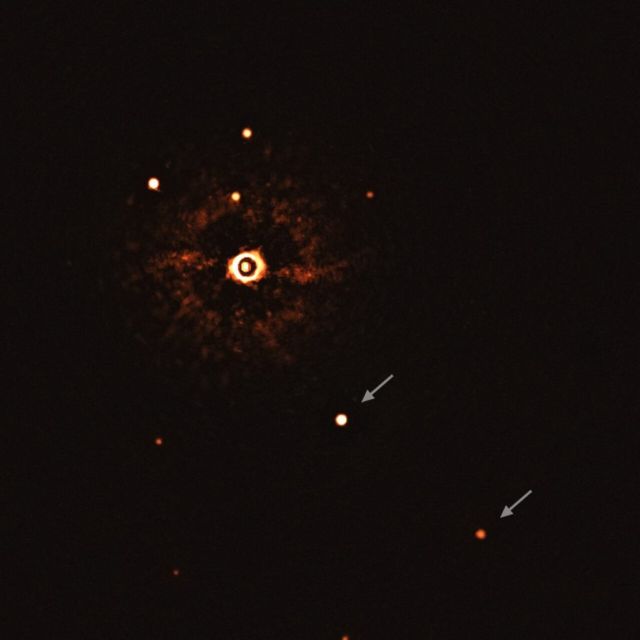 The image was captured by blocking the light from the young, Sun-like star (on the top left corner) using a coronagraph, which allows for the fainter planets to be detected. The bright and dark rings we see on the star’s image are optical artefacts. The two planets are visible as two bright dots in the centre and bottom right of the frame. Credit ESO/Bohn et al.

“This discovery is a snapshot of an environment that is very similar to our solar system, but at a much earlier stage of its evolution.”

Images of systems with multiple exoplanets are extremely rare, and — until now — astronomers had never directly observed more than one planet orbiting a star similar to the Sun. The observations can help astronomers understand how planets formed and evolved around our own Sun.