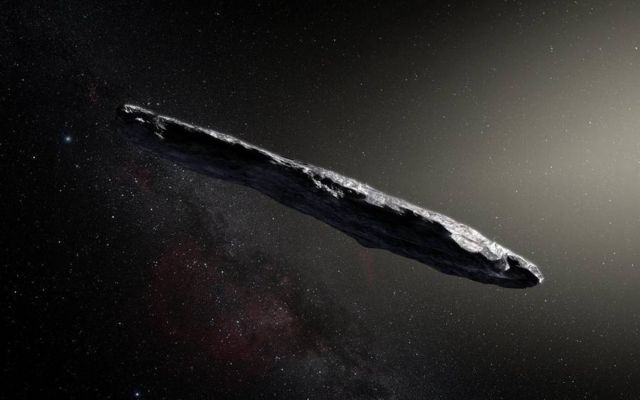 The first asteroid observed visiting our Solar System from elsewhere, it’s unlike any other we’ve seen before.

Scientists were surprised and delighted to detect –for the first time– an interstellar asteroid passing through our solar system. Additional observations brought more surprises: the object is cigar-shaped with a somewhat reddish hue.

The asteroid, named ‘Oumuamua by its discoverers, is up to one-quarter mile (400 meters) long and highly-elongated—perhaps 10 times as long as it is wide. That is unlike any asteroid or comet observed in our solar system to date, and may provide new clues into how other solar systems formed. 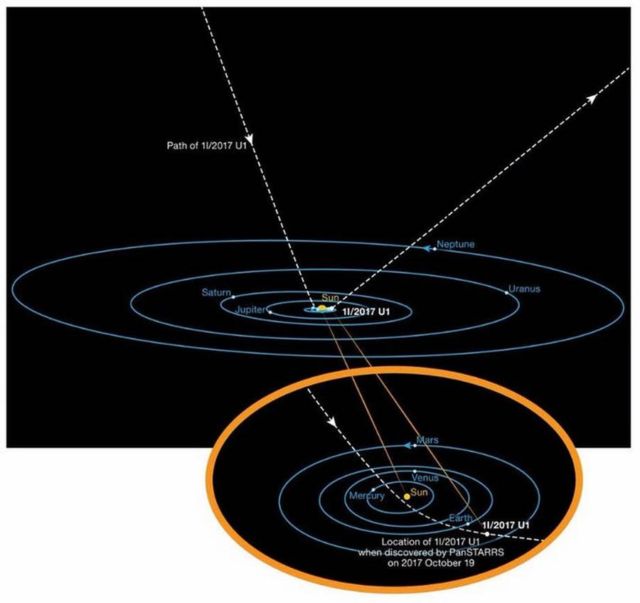 The orbit of ‘Oumuamua interstellar asteroid, as it passes through the Solar System.  Credit ESO/K. Meech et al

The research has been published in the journal Nature.