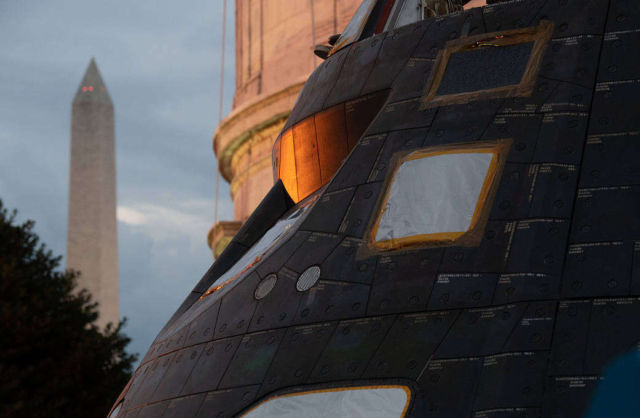 NASA’s Orion spacecraft that flew Exploration Flight Test-1 on Dec. 5, 2014, is seen after being uncovered in preparation for being moved onto the White House complex, Saturday, July 21, 2018, in Washington, DC. Orion was displayed on the South Lawn of the White House for the Made in America Product Showcase on Monday, July 23.

Lockheed Martin, NASA’s prime contractor for Orion, began manufacturing the Orion crew module in 2011 and delivered it in July 2012 to NASA’s Kennedy Space Center where final assembly, integration and testing was completed. More than 1,000 companies across the country manufactured or contributed elements to the spacecraft.