Giant 7-meter-wide Pterosaur has been uncovered

Giant 7-meter-wide Pterosaur has been uncovered 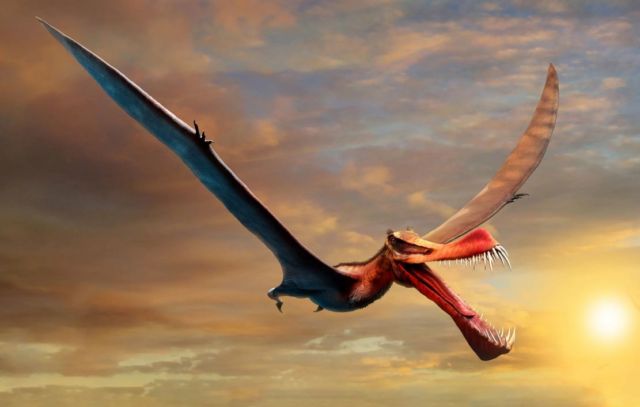 Australia’s largest flying reptile has been uncovered, a pterosaur with an estimated 7-meter wingspan.

The giant pterosaur soared like a dragon 105 million years ago, above the ancient, vast inland sea once covering much of outback Queensland.

University of Queensland PhD candidate Tim Richards, from the Dinosaur Lab in UQ’s School of Biological Sciences, led a research team that analysed a fossil of the creature’s jaw, discovered on Wanamara Country, near Richmond in North West Queensland.

“It’s the closest thing we have to a real-life dragon. The new pterosaur, which we named Thapunngaka shawi, would have been a fearsome beast, with a spear-like mouth and a wingspan around seven metres.

It was essentially just a skull with a long neck, bolted on a pair of long wings. This thing would have been quite savage.

It would have cast a great shadow over some quivering little dinosaurs who wouldn’t have heard them coming until it was too late.” 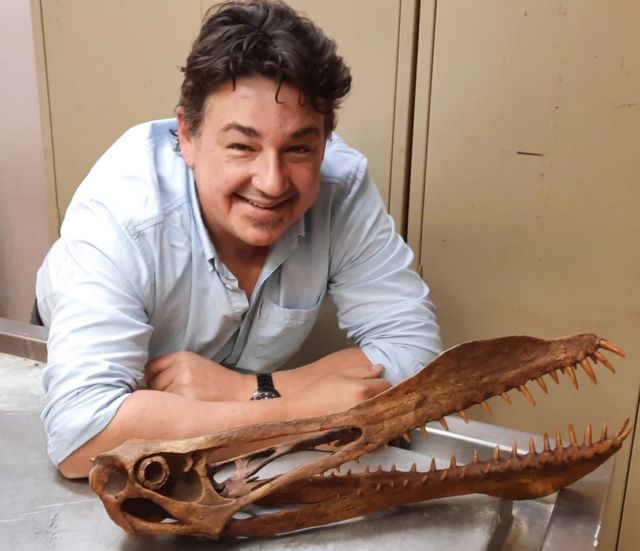 Mr Richards said the skull alone would have been just over one metre long, containing around 40 teeth, perfectly suited to grasping the large predatory fishes known to inhabit Queensland’s no-longer-existent Eromanga Sea.

“Even though pterosaurs could fly, they were nothing like birds, or even bats. Pterosaurs were a successful and diverse group of reptiles – the very first back-boned animals to take a stab at powered flight.”

The new species belonged to a group of pterosaurs known as anhanguerians, which inhabited every continent during the latter part of the Age of Dinosaurs. 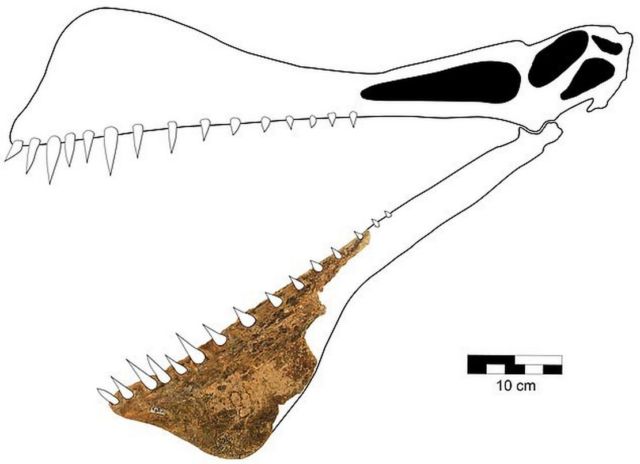