Giant Antarctic Iceberg is breaking away

Giant Antarctic Iceberg is breaking away This past December, the crack grew substantially on the giant rift in Antarctica’s Larsen C Ice shelf.

The about 350m thick Larsen C Ice shelf in Antarctica, is primed to shed an area of more than 5000 sq. km following further substantial rift growth.

Above, rift in the Larsen C ice shelf as seen on November 10, 2016.   Credit NASA/John Sonntag 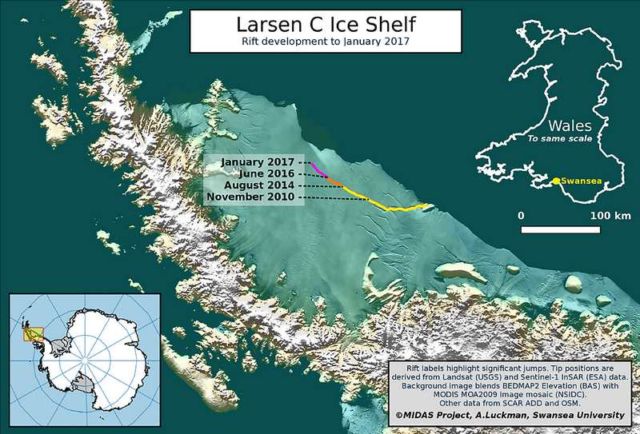 After a few months of steady, incremental advance since the last event, the rift grew suddenly by a further 18 km during the second half of December 2016.

Only a final 20 km of ice now connects an iceberg one quarter the size of Wales to its parent ice shelf.

When it calves, the Ice Shelf will lose more than 10% of its area to leave the ice front at its most retreated position ever recorded. This event will fundamentally change the landscape of the Antarctic Peninsula. 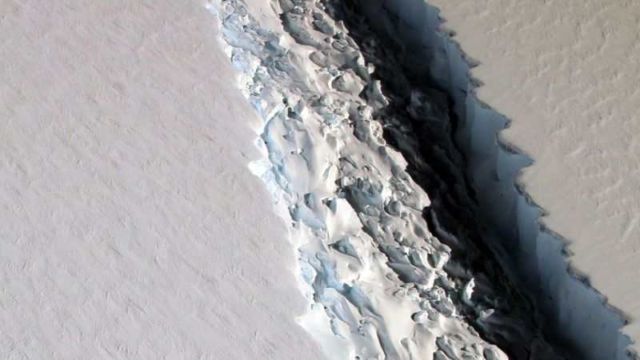