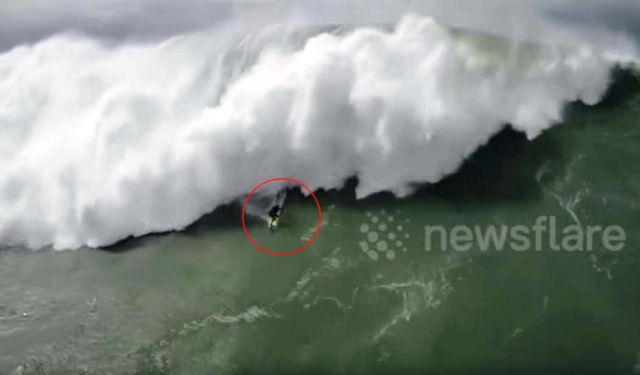 Drone footage of surfing a huge wave in Nazaré – Portugal, followed by a dramatic but yet spectacular rescue operation.

Professional big wave surfer from Brazil, Pedro Scooby Viana successfully rode the most critical part of the giant wave but lost control and fell at the end on the dangerous inside zone of Praia do Norte. In order to put Scooby in a safe zone, there was a first jet ski rescue attempt performed by Surfer Lucas “Chumbo” Chianca also from Brazil, but things didn’t went well with both Scooby and Chumbo ending up on the rough white water of Nazaré, after the Jet Ski capsized and got crashed by a wave.