Half of the Universe’s Missing Matter is finally found

Half of the Universe’s Missing Matter is finally found 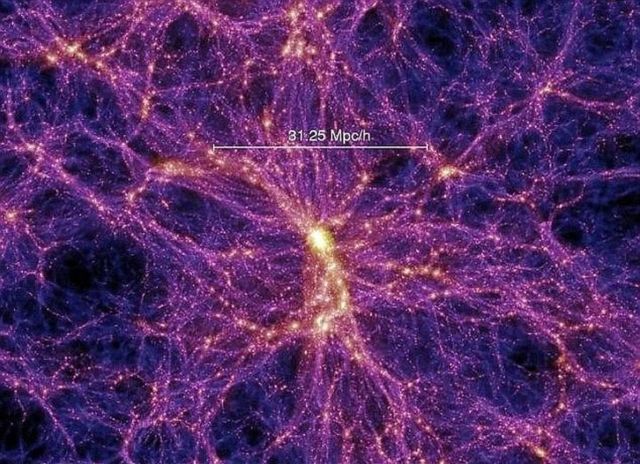 Astronomers have finally found half of the universe‘s missing matter.

Our universe is made by regular matter, dark matter and dark energy.

Above, a digital simulation showing the large-scale distribution of matter in our Universe, a network of filaments and knots called the ‘cosmic web.’  Credit Max-Planck Institute.

Half of the regular matter was unaccounted and this missing mater has now finally been found by scientists.
According to them it’s made of particles called baryons, linking galaxies together through filaments of hot gas.

Observations of galaxies in the local universe can account for only 10% of the baryon content inferred from measurements of the cosmic microwave background and from nuclear reactions in the early Universe.

Locating the remaining 90% of baryons has been one of the major challenges in modern cosmology. Cosmological simulations predict that the ‘missing baryons’ are spread throughout filamentary structures in the cosmic web, forming a low density gas with temperatures of 105−107 K.